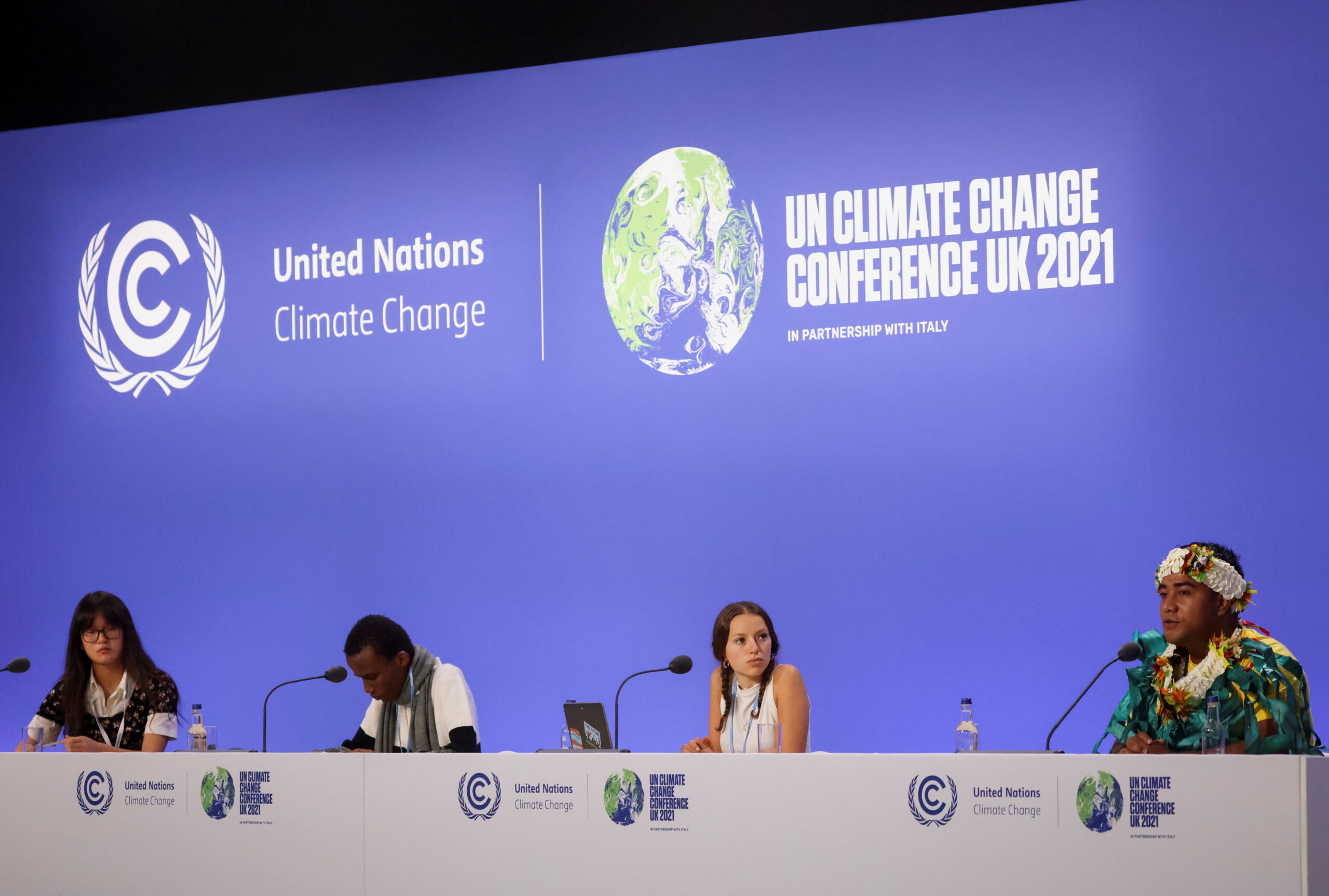 Activists will take over the UN climate summit in Scotland on Friday, capping off a week of dizzying government speeches and pledges with a student march, youth-led presentations, and a giant iceberg shipped from Greenland to Glasgow’s River Clyde to dramatize the plight of the Arctic.

UK organizers decided to hand the day over to civic groups in an acknowledgement of how young campaigners like Vanessa Nakate of Uganda and Greta Thunberg of Sweden have raised public understanding of climate change, and a nod to their stance that today’s youth must live with consequences of state decisions.

“We’re expecting lots of people to come and join us in the streets and not only youth but also adults supporting youth, and adults that want climate action,” said Isabelle Axelsson, 20, an activist with Thunberg’s climate movement Fridays For Future, which is organizing the march.

The COP26 talks in Glasgow aimed to secure enough national promises to cut greenhouse gas emissions – mainly from fossil fuels – to keep the rise in the average global temperature to 1.5 degrees Celsius. Crossing that threshold could trigger a cascading climate crisis, scientists say.

The COP26 summit has so far yielded deals to phase out coal, reduce deforestation and curb methane, but a clear picture has yet to emerge on what these voluntary initiatives would add up to in terms of moderating temperature rises.

The head of the International Energy Agency, Fatih Birol, said on Thursday that emissions cut pledges made so far – if all implemented – could potentially hold warming to 1.8 C. But some U.N. negotiators said that assessment was too rosy.

Former U.S. Vice President Al Gore and UK COP26 President Alok Sharma will sit down Friday with civil society leaders to discuss the progress made so far and what remains to be done over the next week of negotiations.

Professor Gail Whiteman, founder of the climate activist group Arctic Basecamp, said she hoped to bring a sense of urgency to discussions on Friday by using an iceberg as a giant prop.

She said her group had the iceberg shipped from Greenland via Iceland to the east coast of England, and then onward on a truck to the River Clyde.

“Studies are showing that if we lose the snow and ice in the Arctic we will amplify global warming by 25 to 40%,” she said. “We felt that negotiators here had to actually come face to face with the Arctic, so we brought the iceberg.”