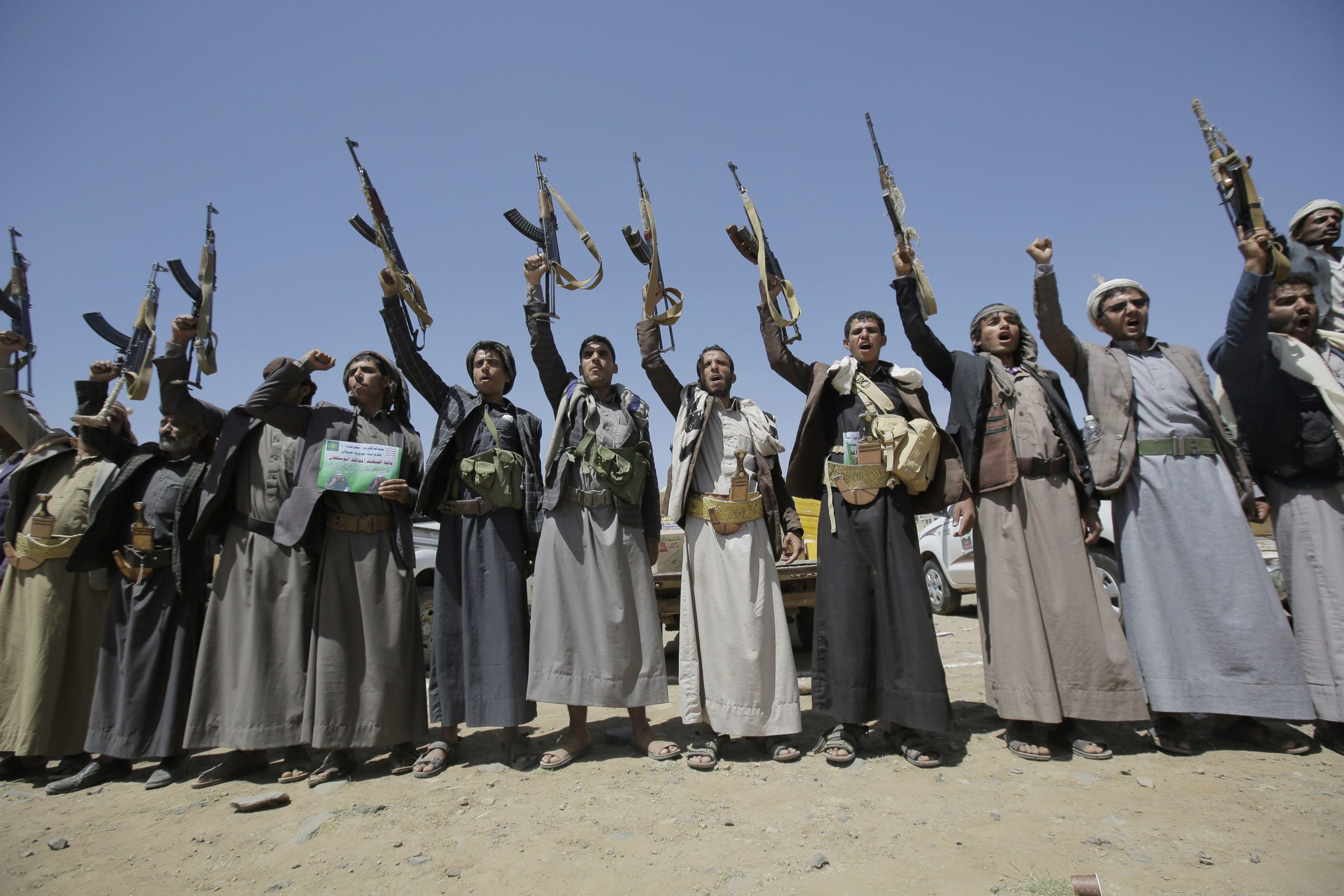 FILE - In this Sept. 21, 2019, file photo, Shiite Houthi tribesmen hold their weapons as they chant slogans during a tribal gathering showing support for the Houthi movement, in Sanaa, Yemen. AP

An airstrike from the Saudi-led coalition struck a vehicle carrying civilians in northern Yemen on Monday, killing 13 people, including four children, according to the Houthi rebels.

Yemeni tribal leaders, speaking on condition of anonymity for fear of reprisals, confirmed that Saudi warplanes had targeted a vehicle in the Shada area of Saada province, a rebel stronghold, killing everyone inside.

The Saudi-led coalition has faced widespread international criticism for airstrikes that have killed hundreds of civilians and hit non-military targets, including schools, hospitals and wedding parties. The Houthis have used drones and missiles to attack Saudi Arabia.

Yemen’s northwestern border with Saudi Arabia is a frequent target for Saudi warplanes, which closely track convoys in the region and have made many errors over the years.

The Houthi-run Health Ministry identified 11 victims, including a woman and four children, aged 12-14, on the northwestern highway. Ministry spokesman Youssef al-Hadri said another two bodies were burned beyond recognition.

There was no immediate comment from the Saudi-led coalition on the strike.

Yemen’s conflict erupted in 2014, when Houthi rebels seized much of the country’s north, including the capital, Sanaa. A U.S.-backed, Saudi-led coalition intervened the following year to oust the Iran-allied Houthis and restore the internationally recognized government of President Abed Rabbo Mansour Hadi.

The war has killed over 112,000 people, according to the Armed Conflict Location & Event Data Project, including 12,000 civilians. Aerial bombings and intense ground fighting have destroyed thousands of buildings, leaving half of Yemen’s hospitals dysfunctional.

The conflict has only escalated as the country’s devastated health system struggles to cope with a major coronavirus outbreak. On Monday, the internationally recognized government recorded 116 new infections, including 36 deaths, its biggest daily jump yet.

The Houthis have refused to release their coronavirus case count, saying such publicity causes panic. Although testing remains extremely limited nationwide, a dramatic spike in deaths among those suffering from COVID-19 symptoms indicates the pandemic is surging across the Arab world’s poorest country.