The Times of Earth, International Edition
0
789 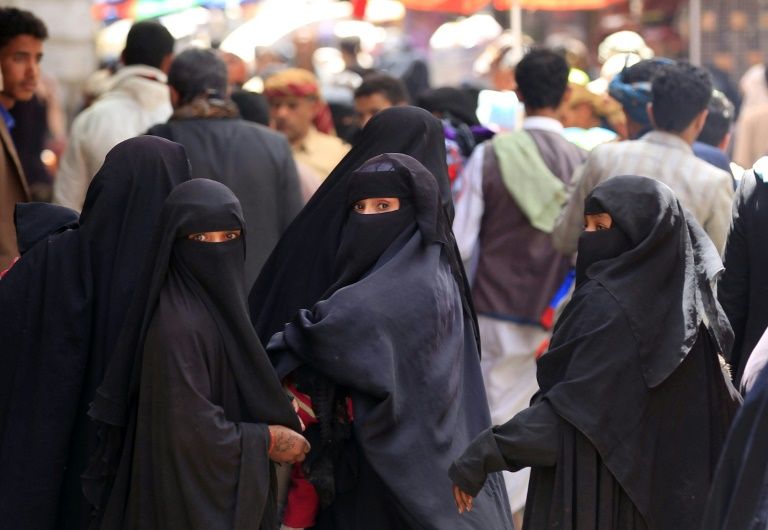 The Huthi rebels arrived without warning, heavily armed and in a furious mood, as they barged into Ophelia, the only cafe for women in the Yemeni capital Sanaa, and demanded it be shut down immediately.

When owner Shaima Mohammed asked for a little time to allow her customers to gather their things, one of the Huthis snapped at her: “Women should be in their homes. Why are they going out in public?”

“Armed men filled the street, directing obscenities at the women as they left,” Shaima recounted in a Facebook post as she announced the cafe’s closure.

The tense incident, one of a series in the rebel-held north, illustrates the Huthis’ determination to impose their own moral order on Yemenis who have already endured five years of grinding conflict.-

In recent months, restaurants where men and women mingle have been shut down, scissor-wielding militia have policed men’s hairstyles, and rebel forces have patrolled college campuses to enforce dress codes.

Much of the crackdown has been rolled out without any official decree or documentation, but AFP saw a copy of a Huthi letter sent to non-government groups, illustrating the new mood as it laid out rules for workshops.

“Exclude all activities that aim to stir laughter, joy or entertainment among the trainees, and that lead to the lowering of barriers and modesty between women and men,” it read.

“This is something that completely contradicts the teachings of Islam and the ethics of our Yemeni society.”

Yemen’s long war has pitted the Huthis, who are backed by Iran and control large swathes of the north, against the internationally recognised government which has the support of a Saudi-led military coalition.

The conflict in what was already the Arab world’s poorest nation has killed tens of thousands and triggered what the United Nations calls the worst humanitarian crisis on Earth, with millions displaced and in need of aid.

“The situation in Huthi-controlled areas is getting tighter and tighter. People are scared,” said Nadwa Al-Dawsari, a Yemeni conflict analyst.

She confirmed accounts of women being harassed for wearing belts around their traditional abaya robes, with rebels tearing them off, saying the silhouette they create is too “exciting”.

“This is shocking for Yemeni society because it’s one thing to denounce certain behaviour and what people are wearing, and it’s another thing to go and abuse these women like Huthis are doing,” Dawsari said.

The Huthi campaign collides with a society which, although conservative, traditionally allowed space for individual freedoms and cultivated an appreciation of music and leisure, said Adel al-Ahmadi, a Yemeni academic.

The rebels, who hail from the mountainous north, have proved themselves to be a formidable fighting force since they swept into Sanaa in 2014, rallying behind their slogan: “Death to America! Death to Israel! Curse on the Jews! Victory to Islam”.

The militia, which rose up in the 1990s over alleged sectarian discrimination, hail from the minority Zaidi Shiite sect of Islam which makes up about one-third of the population.

“It is an ideological movement… which has evolved from the status of oppressed to that of oppressor,” Ahmadi said.

Witnesses in Sanaa told AFP of a rising number of disturbing incidents since late 2019, a period which has also seen the Huthis rack up battlefield victories and crank up a confrontation with UN agencies attempting to deliver humanitarian aid.

On February 13, on the eve of Valentine’s Day, young people were beaten in the street for failing to comply with the new notions of acceptable dress.

Unlike the days before the conflict, when people were free to celebrate with chocolates and flowers, one young man had his red shirt torn off by assailants who saw it as a symbol of an event that runs counter to Yemeni values.

In January, men’s hair salons were told fashionable styles were banned. Young men who fell foul of the rule with longer styles have been hauled onto major intersections where their locks were publicly chopped back with large scissors.

Another cafe owner in Sanaa told AFP his establishment had been shut down twice in three months by armed rebels.

“We are completely opposed to these abusive measures and the restrictions being imposed on people in the capital,” he said.

Huthis have also campaigned in schools and on college campuses against young people being “improperly dressed”, said Hemdane al-Ali, a journalist and human rights activist who lives in self-exile.

At Sanaa University, they have formed squads that “patrol the corridors to prevent any contact between students of different sexes,” he told AFP.

The war in Yemen is viewed by many as a front in the broader struggle between the Huthis’ backer Iran and the region’s other heavyweight — Sunni-dominated Saudi Arabia.

“Young fighters go through months of training in the mountains, taught not only how to use weapons but also indoctrinated in a radical version of Shia Islam,” Dawsari told AFP.

“If you want to understand why Huthis behave in certain ways, you have to look at Iran… They’ve been trained by Iran, taught how to use disinformation, how to subjugate women. They’re developing a police state akin to Iran.”