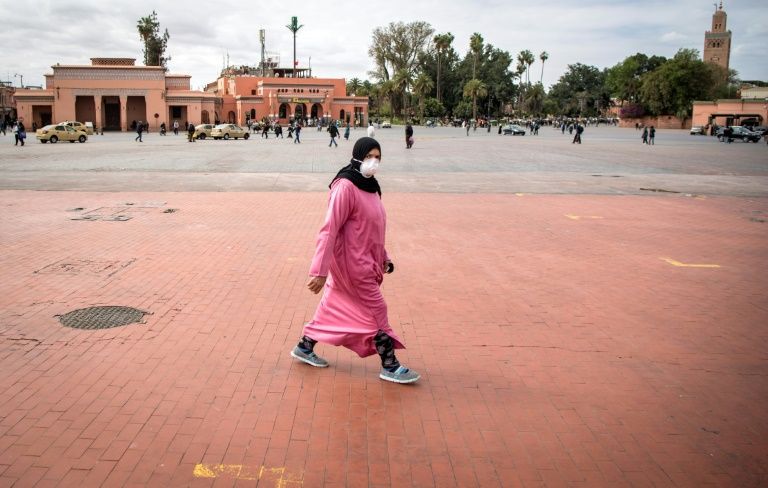 World powers were on a war footing against the spiralling coronavirus pandemic on Thursday despite a sign of hope from China where zero new domestic cases were reported for the first time.

Italy extended its lockdown after suffering the world’s highest single-day death toll while Europe and the United States unleashed nearly a trillion dollars to prop up the teetering global economy.

Across the planet, the death toll has risen to over 9,000 with more than 217,000 infections reported, according to an AFP tally based on official sources.

As countries tried to stem the mounting crisis, Australia and New Zealand moved to seal off their borders with unprecedented entry bans aimed at halting the march of COVID-19.

China marked a major milestone by listing no new domestic infections for the first time since the outbreak first erupted in the central city of Wuhan in December, although a spike in imported cases threatened its progress.

It appeared to have staunched the virus with strict measures including a complete quarantine of Wuhan since January, meaning the number of infections and deaths in the rest of the world have surpassed those in China.

‘No return to life before’

But elsewhere the pandemic was worsening quickly, with over 4,100 deaths in Europe — exceeding the 3,400 fatalities in Asia.

Dire news came out of Italy on Wednesday which reported 475 new deaths, the highest single-day toll of any country, despite having imposed a national shutdown on March 12 that has been copied around the world.

Prime Minister Giuseppe Conte said the lockdown would be prolonged to April 3, shattering hopes that Italy’s methods might herald a quick end to the crisis.

“We will not be able to return immediately to life as it was before,” he said.

Italy has recorded about one-third of global deaths, while badly hit Iran also announced 149 new fatalities, raising its toll to 1,284.

France also mooted extending its own two-week lockdown as the interior minister blasted “idiots” who flout home confinement rules and put others at risk.

With countries paralysed by the pandemic and stock markets imploding, policymakers this week unleashed a wave of measures to shore up the global economy.

US President Donald Trump signed a $100 billion emergency aid package to provide free coronavirus testing for those who need it, sick pay and paid family leave.

European stocks staged an early rebound on the stimulus news, although Asian markets took another beating.

But the sense of impending doom continues to cast a pall over the world economy with airlines, carmakers and others all warning of bleak times ahead.

“I view (myself) as a, in a sense, a wartime president. I mean, that’s what we’re fighting,” Trump said Wednesday as he announced the deployment of military hospital ships to treat a fast-growing number of American patients.

German Chancellor Angela Merkel took a similar tone, saying in an unprecedented televised address: “Not since the Second World War has our country faced a challenge that depends so much on our collective solidarity.”

Coronavirus cases in Germany soared past 10,000 on Thursday with over 2,800 new infections reported in a single day.

Highlighting how the battle is only just beginning in the rest of the world, Russia reported its first death and sub-Saharan Africa also saw its first fatalities, while even the Pacific nation of Fiji said it had its first case.

World Health Organisation head Tedros Adhanom Ghebreyesus urged countries to “come together as one against a common enemy: an enemy against humanity.”

He also warned Africa to “wake up” and prepare for the worst.

The disease continued to hit high-profile people with EU Brexit negotiator Michel Barnier and two US members of Congress among those testing positive.

Britain, where Prime Minister Boris Johnson had initially chosen a different path, closed dozens of London Underground stations ahead of a feared lockdown of the capital.

Johnson on Wednesday finally followed the lead of his European counterparts and said schools would shut nationwide from Friday as the death toll topped 104, while putting 20,000 military personnel on alert.

Canada and the United States said Wednesday they were closing their border — the world’s longest — to all but essential travellers for 30 days.

While China offered hope it saw its biggest daily rise in infections from abroad for two weeks, with 34.

It has begun to ease its lockdown of central Hubei province and its capital Wuhan but Beijing and other regions now require most international arrivals to quarantine in designated hotels for 14 days.

The European Union this week imposed a 30-day ban on travellers from outside the bloc.

Within the EU some countries have sealed borders, while bars, restaurants and most shops have closed their doors until further notice, bringing life in Europe’s normally bustling cities to a halt.

With growing travel bans worldwide, Australia’s Qantas airlines said it would halt all international flights, Air Canada said it would suspend most, and the head of Germany’s Lufthansa warned that industry might not survive without state aid.

The virus also continues to hit sports and cultural events, with Greece handing over the Olympic flame to Tokyo 2020 organisers at a ceremony held behind closed doors amid calls for the games to be postponed.

Countries are also working to combat hoarding by people fearing that the crisis will leave them short of food and supplies.

As others stockpiled toilet paper and pasta, the French — under their own lockdown imposed by President Emmanuel Macron — are thronging bakeries for their famed baguettes.

“We’ve seen people come in who want to buy 50 baguettes at a time. There’s something like a psychosis in some people,” said Matthieu Labbe of France’s Federation of Bakeries.