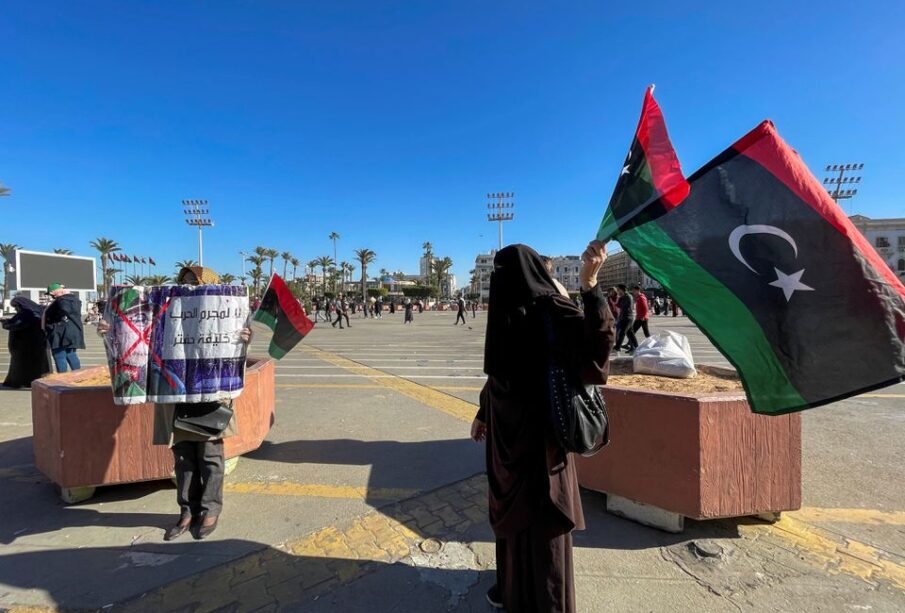 World powers meet in France on Friday to push for elections in Libya by year-end and endorse efforts to remove foreign forces from the oil-producing nation despite growing political wrangling that threatens to unravel a year-long peace process.

Libya’s election targeted for Dec. 24 was set through a U.N.-backed roadmap adopted last year that also established an interim unity government to take over from rival administrations in east and west that had been warring for years.

The process is seen as a chance to end the decade of instability and warfare following the 2011 NATO-backed uprising that ousted Muammar Gaddafi and has since drawn in regional powers in a threat to wider Mediterranean stability.

With disputes on the legal basis for the election, major factions on both sides may reject the vote, potentially causing another violent schism.

A French presidential official told reporters at a briefing ahead of the meeting that while the elections were close at hand, the situation remained fragile. There were some actors ready to seize on any ambiguities to advance their own interests, said the official, speaking on condition of anonymity.

“They are obviously waiting to ambush and try to derail the electoral process,” the official said.

A final communique may warn potential spoilers that they could face sanctions, diplomats said.

Almost 30 countries and organisations will be in Paris, including Libya’s neighbours, and countries that have been split over the conflict.

Despite Paris initially aiming to have the Turkish and Russian heads of state attending, both Ankara and Moscow have sent lower level representatives, perhaps demonstrating the complications with removing foreign forces.

Mercenaries from Russia’s Wagner Group are entrenched alongside the eastern-based Libyan National Army (LNA), which was supported in the war by Moscow, along with the United Arab Emirates and Egypt.

The former Tripoli government had support from Turkish regular forces in Libya as advisers, and from allied Syrian fighters, the Turkish government has said.

Diplomats have said Turkey was unlikely to act before there were departures from the east.

Libya’s eastern-based forces said on Thursday it had agreed to repatriate 300 foreign mercenaries from their area of control after a request from France.