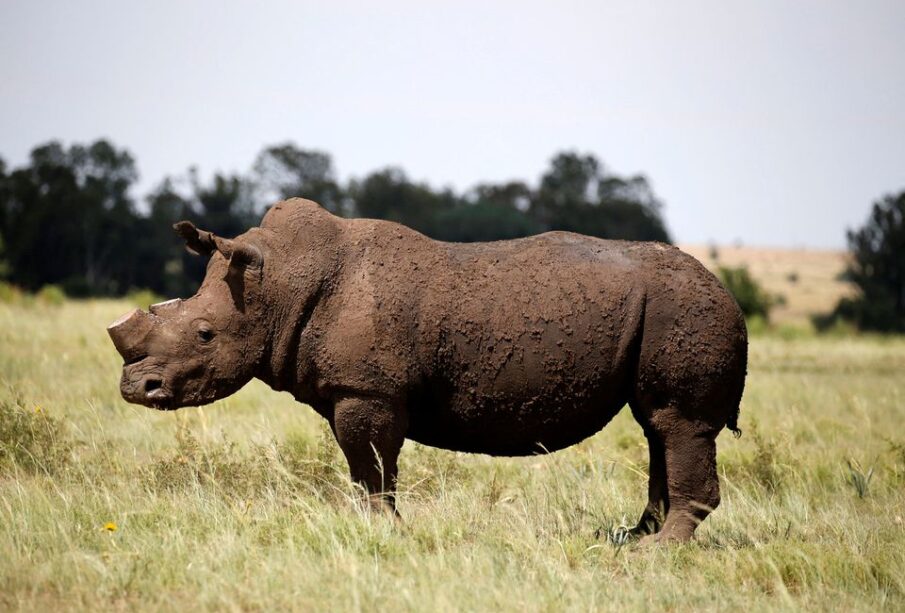 A black rhino is seen after it was dehorned in an effort to deter the poaching of one of the world's endangered species, at a farm outside Klerksdorp, in the north west province, South Africa, February 24, 2016.REUTERS/Siphiwe Sibeko

The World Bank has issued the world’s first wildlife conservation bond, raising $150 million to help efforts to increase the endangered black rhino population in South Africa, the bank said in a statement on Thursday.

The five-year ‘rhino bond’ issued on Wednesday will pay investors returns based on the rate of growth of black rhino populations at South Africa’s Addo Elephant National Park (AENP) and the Great Fish River Nature Reserve (GFRNR), the bank said.

After five years, investors would get a return of between 3.7% and 9.2% if the population increases. They would get no return if there is no change in the black rhino population, it added.

Black rhinos are two-horned species of the endangered rhino family and are found only in Africa. Between the 1970s and 1990s, their population fell by 96% to below 2,500 due to poaching to meet demand for their horns in China and the Middle East, according to Save The Rhino International, a London-based non-profit organisation.

Later, large scale conservation efforts were taken up which led to their increase to between 5,000 and 5,500, according to Save The Rhino’s website.

Ukrainian forces advance east of Kyiv as Russians fall back