The Times of Earth, International Edition
0
401 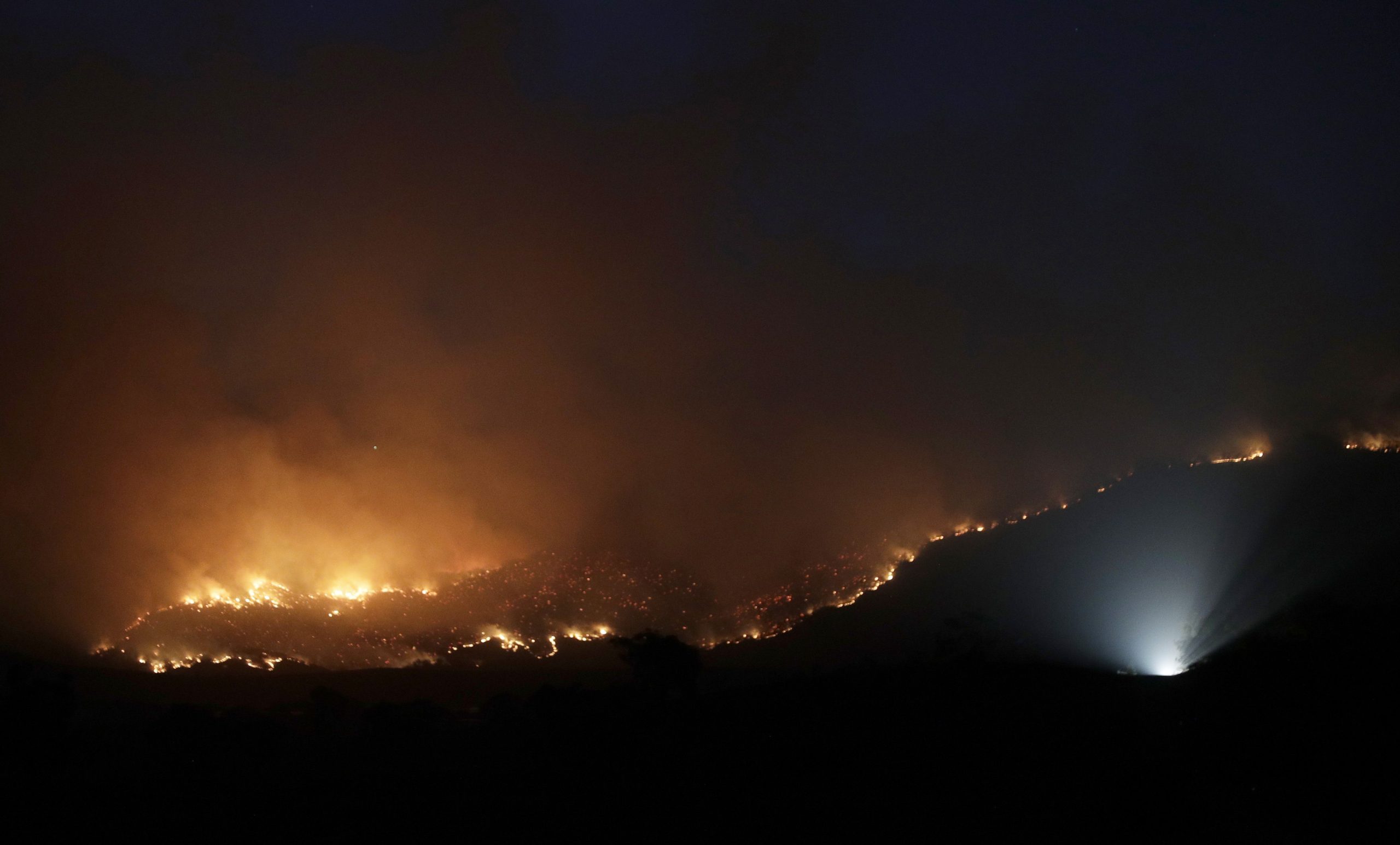 The Australian capital region declared a state of emergency on Friday because of an out-of-control forest fire burning erratically to its south.

It’s the first fire emergency for the Australian Capital Territory area since 2003 when wildfires killed four people and destroyed almost 500 homes in a single day.

The threat is posed by a blaze on Canberra’s southern fringe that has razed more than 21,500 hectares (53,000 acres) since it was sparked by heat from a military helicopter landing light on Monday, the Emergency Services Agency said.

“The state of emergency sets a clear expectation for our community that we need you to be vigilant,” Emergency Services Minister Mick Gentleman told reporters. “This is the worst bushfire season in the ACT since 2003.”-

The fire is burning at emergency level — the highest on a three-tier scale of danger — and embers have created dangerous spot fires nearby, agency officials said.

Residents of southern Canberra suburbs and surrounding villages have been advised to prepare to either protect their homes or evacuate.

Roads were blocked to the village of Tharwa late Friday because the fire posed too much danger for residents to evacuate or return to their homes.

The fire is the most dangerous of dozens of blazes burning Australia’s drought-stricken southeast.

The fire danger is forecast to escalate across the southeast in the Australian Capital Territory and the states of New South Wales and Victoria as summer temperatures rise over the weekend.

Britain hails new start as it says farewell to EU