WHO says virus at ‘decisive point’ as world battles spread 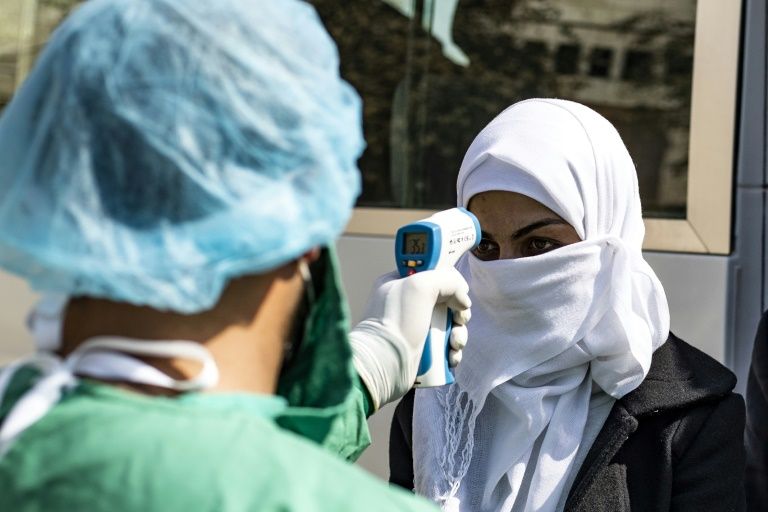 The World Health Organization declared Thursday that the new coronavirus epidemic was at a “decisive point” as countries across the globe battled to contain the deadly outbreak.

Saudi Arabia banned pilgrims from visiting Islam’s holiest sites as the number of deaths jumped in neighbouring Iran, while Japan and Iraq ordered the closure of schools.

Alarm is growing as China is no longer the only breeding ground for COVID-19, with other countries including South Korea and Italy becoming hotbeds of infection, raising fears of a pandemic.

“We’re at a decisive point,” WHO chief Tedros Adhanom Ghebreyesus told a news conference in Geneva. “If you act aggressively now, you can contain this virus, you can prevent people getting sick, you can save lives.”-

The virus has already killed more than 2,760 people, mostly in China — where it first emerged in December — and infected more than 81,000 in over 45 countries.

But there are now more daily cases being recorded outside China, raising fears that poor countries with weak health infrastructures will not be able to cope.

“It’s what’s happening in the rest of the world that’s now our greatest concern,” Tedros said.

World financial markets have plunged on fears that widespread lockdowns could hamper business activity and dent global growth, while sports matches and festivals have been cancelled to try to stem infections.

The International Monetary Fund and World Bank are ready to provide countries in need with immediate emergency funding to fight the coronavirus outbreak.

The EU said it was bracing for an economic hit, with tourism already feeling the pinch and supply chains reliant on China being affected.

As confirmed cases in France, the world’s most visited country, more than doubled in a day from 18 to 38, President Emmanuel Macron warned: “We are facing a crisis, an epidemic that is coming.”

With COVID-19 spreading in the Middle East, Saudi Arabia suspended visas for visits to Islam’s holiest sites for the “umrah” pilgrimage, an unprecedented move, raising questions over the hajj which starts in July.

The first cases in Afghanistan, Pakistan and Estonia involved people who had been in Iran.

In Japan, schools were ordered to close for several weeks. Japan has seen at least 186 cases of infection among the general population, with four deaths. Worryingly, one woman was found to be positive again after initially contracting the virus, then being released from hospital after treatment and a negative test.

Several governments have also advised against travel to Italy — Europe’s epicentre with 528 cases and 14 deaths.

In Latin America’s first case, a 61-year-old patient in Brazil had travelled to Italy. Other countries including Algeria, Denmark, Norway, Romania, Spain and Sweden, have also reported infections linked to Italy and Iran.

Spain was on Thursday investigating its first suspected cases of locally-transmitted coronavirus infection as The Netherlands confirmed its first ever case and Germany said it now had 44 infected patients.

But Italy hit back, with Foreign Minister Luigi Di Maio slamming “false reports” abroad about panic, cities in lockdown and runs on supermarkets.

And France’s Macron and Italian Prime Minister Giuseppe Conte, meeting in Rome, underlined that “European solidarity” would be vital to tackle the outbreak, rejecting calls to close borders.

The US and South Korean militaries announced the postponement of joint exercises planned for this spring after Seoul declared its highest “severe” alert level over the virus which has claimed 12 lives out of almost 1,600 cases, the highest number outside China.

Even China itself — which sealed off an entire province and shut down cities across the country — is now worried about importing cases and ordered people arriving in Beijing from affected countries to go into 14-day self-quarantine.

But President Donald Trump has played down fears of a major outbreak.

“I think that there’s a chance that it could get worse, a chance it could get fairly substantially worse, but nothing’s inevitable,” he told reporters Wednesday.

US public health officials confirmed a coronavirus case in California, the first of unknown origin out of about 60 cases.

The virus is believed to have originated in a market in the central Chinese city of Wuhan, where it is suspected of having hopped from animal to human.

Zhong Nanshan, a respected scientist who advises the government, said China would have had far fewer cases if action had been taken as early as December — a rare critique from a prominent insider.

WHO’s Tedros said all countries should ensure their health systems were prepared.

“We are actually in a very delicate situation in which the outbreak can go in any direction based on how we handle it.”