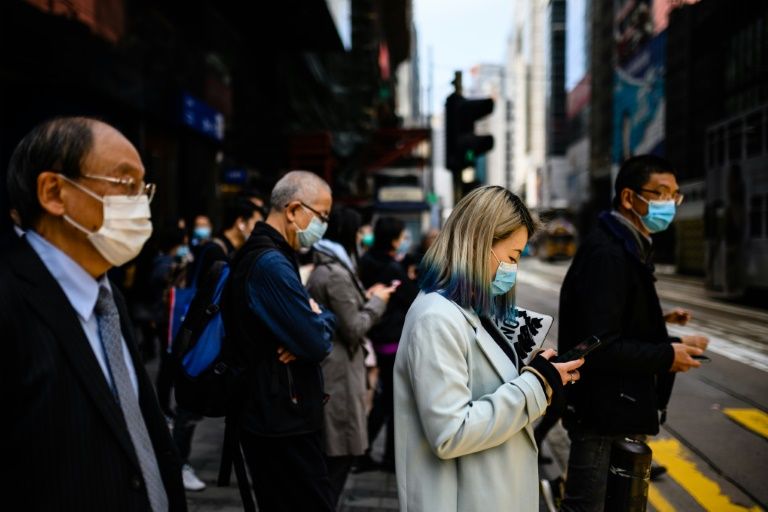 China’s official death toll from the new coronavirus spiked dramatically on Thursday after authorities changed their counting methods, fuelling concern the epidemic is far worse than being reported.

As the figures soared in China, a troubling new front opened abroad as neighbouring Vietnam placed 10,000 people under quarantine after six COVID-19 cases were discovered in a cluster of villages — the first such lockdown overseas.

Japan reported its first death of an infected person — the third fatality outside mainland China after the Philippines and Hong Kong.

Under criticism at home over the handling of the crisis, China’s Communist Party sacked two top-ranking officials in Hubei province, the epicentre of the outbreak.

The developments came hours after President Xi Jinping claimed “positive results” from efforts to contain an epidemic that has now officially killed 1,367 people and infected nearly 60,000.

In Hubei and its capital Wuhan, where tens of millions of people are trapped as part of an unprecedented quarantine effort, 242 new deaths were reported on Thursday.

Another 14,840 people were confirmed to be infected in Hubei alone, with the new cases and deaths by far the biggest one-day increases since the crisis began.

Outside Hubei, there were 12 more deaths but the number of new cases fell for a ninth day in a row, with 312 extra patients.

Hubei authorities said the increases were because they had broadened their definition for infection to include people “clinically diagnosed” via lung imaging.

Up until now, they had solely confirmed cases with a more sophisticated laboratory test.

Health officials said they looked into past suspected cases and revised their diagnoses, suggesting older cases were also included in Thursday’s numbers.

“It is better to clinically diagnose and admit patients … than leaving room for doubt,” Tong Zhaohui, vice president at Beijing Chaoyang Hospital, said at a press conference organised by the Hubei government.

The World Health Organization said it is normal for case definitions to “adapt to improved understanding” of a newly emerging infectious disease, and Hubei’s updated numbers include earlier cases.

“The government has re-doubled efforts recently to address the scale of the outbreak in Hubei and the considerable need for treatment services by the population” the WHO said in a statement.

China had been praised by the WHO for its transparent handling of the outbreak, in contrast to the way it concealed the extent of the deadly SARS virus epidemic in 2002-2003.

But it has faced continued scepticism among the global public, with fears that there may be similarities to the way it dealt with SARS.

Criticism intensified after the death of a doctor who had tried to raise the alarm about the outbreak in December, but was silenced by authorities.

Analysts said Hubei’s new counting methodology might be a legitimate attempt to be more transparent.

“It is not clear if the problem up to now, on this issue, was lack of transparency or simply bad medical practice,” Crane said.

Yun Jiang, a China researcher at Australian National University, said the new methodology may be a “practical measure” because Hubei has a shortage of laboratory testing kits.

“I don’t think the numbers are necessarily manipulated for political purposes but the numbers themselves may not be so trustworthy,” Yun told AFP.

On Thursday, the leaders of Hubei and Wuhan were sacked, the highest-profile political casualties of the crisis, after the province’s top health officials were fired.

Shanghai mayor Ying Yong took over the top provincial post while an official from eastern Shandong province was appointed in Wuhan.

Both are seen as “Xi’s men” with security backgrounds, said Richard McGregor, senior fellow at the Lowy Institute think tank.

“I guess if the situation in Hubei is a long way from being under control, the party should be worried about instability, because you are literally going to have tens of millions of people confined indoors at least for another month,” he said.

Other cities in Hubei sealed off neighbourhoods like Wuhan this week, with some citing “war-time” management to contain the virus.

In Vietnam, authorities announced they were locking down the commune of Son Loi, a farming region about 40 kilometres (25 miles) from Hanoi, for 20 days.

Checkpoints were set up around the commune, according to AFP reporters in a district on the outskirts of Son Loi.

The biggest cluster of cases outside China is on a cruise ship quarantined off Japan’s coast, where 218 infections have now been confirmed.

Several countries have banned arrivals from China, while major airlines have halted flights to and from the country.

The outbreak has wreaked havoc with global events, with the World Mobile Congress in Spain cancelled and the Hong Kong Rugby Sevens tournament and Formula One Grand Prix in Shanghai postponed.

China’s economy is also taking a hit and having international repercussions, with global oil demand expected to suffer its first quarterly drop in a decade, according to the International Energy Agency.