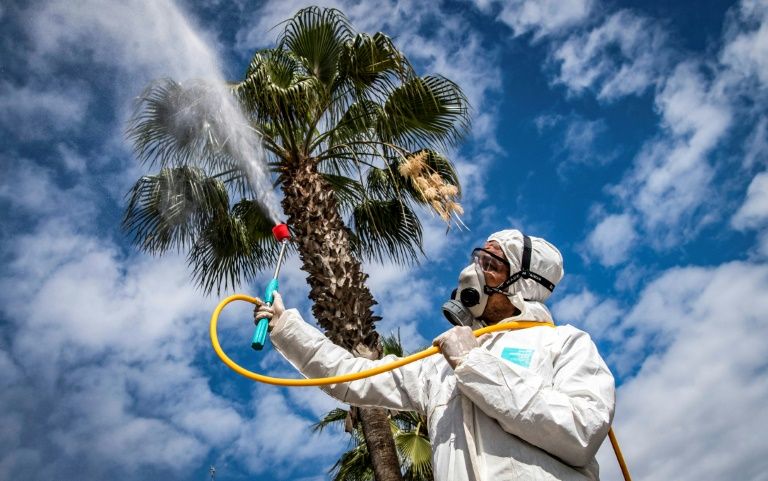 The coronavirus pandemic has put the spotlight on shortcomings in health care in several North African countries, even as governments moved quickly to announce restrictions to limit the spread of the virus.

“Our fate is in the hands of a health system that we have neglected for years”, a doctor in the Moroccan city of Marrakesh said in a video widely shared on social media.

COVID-19 patients in Morocco have denounced the conditions in public hospitals, reigniting nagging controversy over the underfunded health sector.

In a stagnating Tunisia, the government has struggled to mobilise funds to face the COVID-19 pandemic.-

Just last year, the health sector was shaken by a series of deaths of newborn babies and reports of unsanitary facilities, poor staff management and a lack of resources.

And in neighbouring Algeria, “the health crisis has exposed failings of the health system”, said Kamel Bouzid, president of the Algerian Society of Medical Oncology, quoted by independent news site TSA.

Algeria is the worst-hit of the three North African countries so far, with 986 officially declared cases, including 83 deaths, compared with 47 deaths from 735 cases in Morocco, and 455 cases including 14 deaths in Tunisia.

Moroccan Health Minister Khalid Ait Taleb said that “considerable effort is made to care for patients”.

But he also acknowledged that “even before COVID-19, we had a lack of human resources. That’s the main problem”.

Morocco has only carried out around 3,000 coronavirus tests since the start of March, raising concern about whether its number of cases could be higher.

“We don’t have enough test kits and hydroalcoholic (disinfectant) solution”, one intensive care worker at a provincial hospital in Morocco told AFP.

The country has just 1,642 intensive care beds for its 35 million people.

Health spending accounts for around five percent of Morocco’s national budget, compared with the World Health Organization’s recommendation of 12 percent.

Since the coronavirus pandemic broke out, Rabat has announced an emergency purchase of medical equipment, financed by a special fund of more than 30 billion dirhams (almost $3 billion).

And local media has reported that King Mohammed VI this week ordered hospital repairs and for military medical personnel to bolster staffing.

“We’ll get ourselves equipped quickly now, but perhaps we will think … next time before building a high-speed train line for 23 billion dirhams, or two operas at three billion, while the hospital next door lacks Betadine”, said Omar El Hyani, a local councillor in the capital Rabat, referring to recent big-budget projects and the common antiseptic.

Before the crisis, the Moroccan parliament voted to increase defence spending in 2020 by 30 percent, for a total of around $4.3 billion, while El Hyani said his FGD party’s proposal to increase health spending failed to gain support.

– ‘Take advantage’ of the crisis –

The pandemic has also fuelled debate on the rapid expansion of the private sector, where those with money are treated, while the wealthiest prefer to go abroad.

“Welcome to our daily misery,” read an open letter by a Moroccan public-sector doctor, published at the start of the week.

Tunisia in particular has seen private clinics flourish in recent years, with facilities for “medical tourism”, such as aesthetic procedures, that welcome well-off, and sometimes foreign, clients.

In Algeria, Prime Minister Abdelaziz Djerad said this week that the coronavirus crisis had revealed numerous gaps in the health sector “that we will try hard to correct in future, building a strong health system”.

Algeria spends around $11 billion on defence, while health spending stands at fourth place in the national budget, with around $4.3 billion.

Bouzid, the president of the Algerian oncology society, expressed hope that the lessons of the coronavirus pandemic might lead to change.

“We must ‘take advantage’ of this crisis by revising our health system,” he said.