The Times of Earth, International Edition
0
649 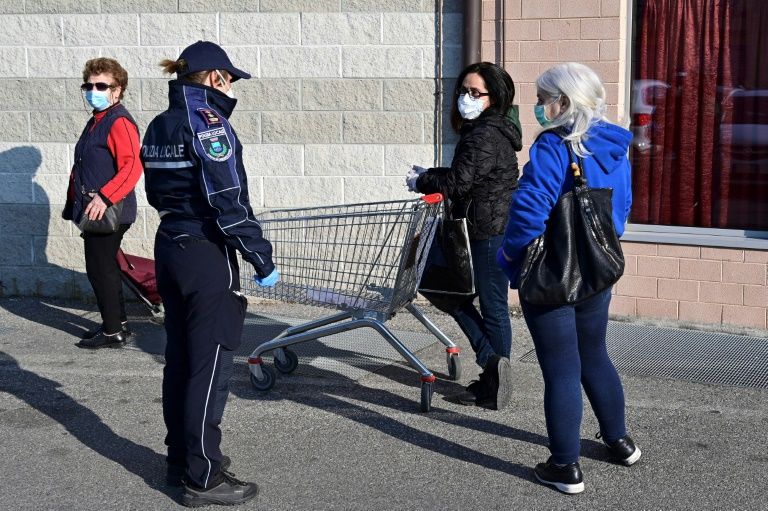 The coronavirus pandemic is battering the world’s major economies and could spiral into the deepest global recession in generations, experts warned Wednesday, as deaths rocketed up in Europe and the US.

While Wuhan, the Chinese city where the virus was born, celebrated its liberation from a nearly 11-week lockdown, much of the West remained in the throes of a health emergency that has killed more than 80,000 people worldwide.

Governments are grappling with how to balance public safety with the devastating impact of lockdowns that have shuttered whole sectors of the economy and erased millions of jobs in a matter of weeks.

As the economic downturn starts to bite, health experts stressed that any premature loosening of restrictions could accelerate the spread of a disease that has already infiltrated almost every country and society, from refugees to royals.-

In the US and Europe, which has born the brunt of the world’s fatalities, heavy death tolls suggest the hardest-hit countries are far from mirroring Wuhan’s turnaround.

Italy, Spain and France are the worst-affected on the continent though the situation is also deteriorating in Britain, which saw a record 938 deaths Wednesday as its Prime Minister Boris Johnson spent a third day in intensive care.

The 55-year-old leader’s condition is “improving” and he is in “good spirits”, officials assured the public.

The US, meanwhile, chalked up alarming new milestones as infections surged past 400,000 — well ahead of any other country on the planet.

New York, the centre of the US outbreak, saw a record 779 deaths in 24 hours though the state’s Governor Andrew Cuomo said the epidemic appeared to be stabilising.

The economic fallout from the crisis “may well be the deepest economic recession or downturn of our lifetimes”, warned chief the World Trade Organization, Roberto Azevedo.

Global trade growth could plunge by up to a third this year, according to the WTO.

France has already recorded its worst economic performance since 1945 during the first quarter, shrinking some six percent.

Germany’s economy, the biggest in Europe, is expected to fall into a “serious recession” and contract by nearly 10 percent in the second quarter, leading researchers warned.

As some European countries weighed easing lockdown measures, the World Health Organization urged against it.

“Now is not the time to relax measures. It is the time to once again double and triple our collective efforts to drive towards suppression with the whole support of society,” said WHO’s Europe director Hans Kluge.

Meanwhile, many Jews around the world marked the start of Passover without the large family gatherings normally organised for the Seder meal, with some turning to virtual platforms.

In the ground-zero city of Wuhan, which led the world with its unprecedented lockdown in January, strict measures appear to have paid off.

After a months-long travel ban was finally lifted, tens of thousands of people fled the city in scenes of relief that contrasted with the macabre mood around much of the world — even if some passengers were travelling in hazmat suits.

Yet not all is back to normal, with schools still closed and travel discouraged.

At the railway station a robot whirred through crowds to spray their feet with a disinfectant.

Passengers also had to pass temperatures checks and show green “health codes” on their phone, which are calculated in part by whether their neighbourhoods have been declared virus-free.

Elsewhere, medical staff are bearing a heavy physical and emotional toll as they work in overflowing intensive care units and makeshift hospitals erected in sports stadiums, on ships and even in a New York cathedral.

In Spain, home to the world’s second deadliest outbreak, another 757 deaths were reported Wednesday, bringing the toll up for a second day after several days of decline.

Antonio Alvarez, a 33-year-old nurse at a Barcelona hospital, described his experience of the crisis as akin to bereavement.

“I’ve had my phases of anger, of denial, you go through all of them.”

“Now we are still a little overwhelmed but it is better. Fewer patients are dying,” he told AFP.

Hundreds are still passing away daily in worst-affected Italy although the rise of infections is slowing.

Police have started to tighten lockdown controls as the positive trends tempt Italians to skirt on ban on leaving home except for essential trips for food, medicine or work.

“The only weapon we have is social distancing, respect for the rules,” Health Minister Roberto Speranza said.

A staggering 81 percent of the world’s 3.3 billion-strong workforce has been affected by “the worst global crisis since the Second World War”, according to the UN’s International Labour Organization.

Governments are rolling out eye-watering stimulus measures to ease the economic pain.

In Washington, Democrats demanded an additional $500 billion to battle the coronavirus crisis, a request that could complicate efforts to push through a new aid package for small businesses.

The eurozone is also mired in bickering over a bailout plan for its hard-hit members that would come on top of measures enacted by individual governments.

Finance ministers were unable to bridge divides after 16 hours of talks that will now resume Thursday.

The markets continued their volatile movement, with Wall Street stocks rising at the start of trade on Wednesday as European stocks slid down.

Meanwhile, the world’s poor are already fighting for survival.

“Since this crisis started we’ve been sitting at home and there’s no money coming in,” said Mohamed Said, a 36-year-old carpenter and father-of-three queueing for food packages in Cairo.

“We don’t know how to feed our kids… and if, God forbid, something happens to any of them, I won’t be able to foot a hospital bill.”

France to extend lockdown as virus deaths soar in Europe, US