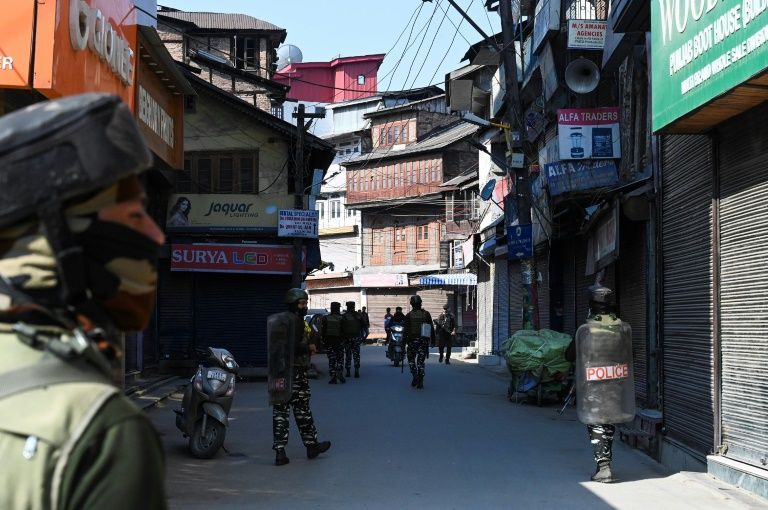 A Kashmiri villager faked his death and travelled more than a hundred miles in an ambulance with four others in a desperate bid to circumvent India’s virus lockdown and return home, police said Wednesday.

Hakim Din was being treated for a minor head injury at a hospital in Jammu when an ambulance driver suggested the 70-year-old fake his death to get past checkpoints, police said.

Din and three other men wanted to return to Poonch, a far-flung region in Indian-administered Kashmir close to the de facto border with Pakistan.

The region’s Superintendent of Police, Ramesh Angral, said the four men and the driver travelled more than 160 kilometres (100 miles) in the ambulance, passing many checkpoints using a fake death certificate from the hospital.-

“The ambulance was stopped at the last checkpoint before they could reach home,” Angral told AFP.

“A policeman there immediately figured out that the man lying covered inside the ambulance could not be dead.”

The men were arrested and quarantined separately, Angral said, adding that they faced charges of “cheating and defying the government’s prohibitory orders”.

There are no known coronavirus cases in the Poonch region.

India imposed a 21-day nationwide lockdown from last Wednesday to fight the spread of the coronavirus pandemic.

There are more than 1,600 cases, including 38 deaths, in the vast nation of 1.3 billion people, according to the government.

The nationwide lockdown comes in the wake of a long-running curfew in Kashmir, imposed as New Delhi scrapped the restive region’s semi-autonomous status on August 5.

Some aspects of the curfew were gradually eased in the following months, allowing Kashmiris to travel outside their homes and villages.

But some Kashmiris have been left stranded in cities and unable to return home to their villages after the sudden nationwide lockdown announcement.

Internet access, which was cut in the earlier lockdown, has remained severely restricted with only 2G access.

Many mobile phone users have also been unable to access the internet on their devices.