Venezuelans stream home from Colombia due to virus pandemic 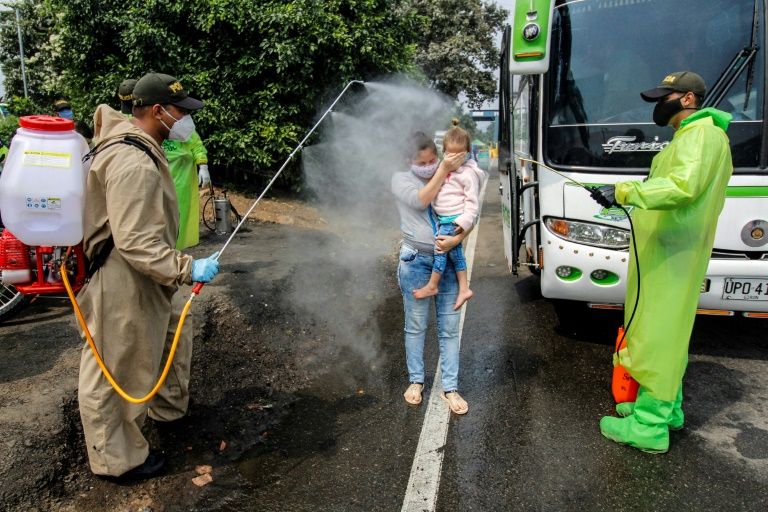 Hundreds of Venezuelans who fled to neighboring Colombia during their country’s economic crisis are now returning home, pushed by the deadly novel coronavirus and Colombia’s own pandemic woes.

Colombian migration officials said Sunday that 600 people — including 35 children and 167 women — crossed the main border point at the Simon Bolivar International Bridge in the northeastern city of Cucuta, into Venezuela one day earlier.

Another group of 160 departed Bogota on their way back home on Sunday, officials said.

Although the border is officially closed as a measure taken to halt the spread of the novel coronavirus, Colombia has opened a “humanitarian corridor” to allow Venezuelans to return home.-

Colombian agents on Sunday were on hand to make sure that those departing Bogota “were voluntarily returning” to Venezuela, an official at the immigration office told AFP.

According to the United Nations, 4.9 million Venezuelans have fled their country, mainly to other South American nations, and many need international aid due to the economic effects of the coronavirus pandemic.

Before crossing the international bridge into Venezuela, Colombian police took the temperature of the departing migrants to make sure no one could be infected with the virus, and sprayed those wearing face masks with a disinfectant.

“We’re afraid because we don’t know if over there we could face the coronavirus. We don’t have medicine to fight that, because in reality in Venezuela you can’t find anything,” a Venezuelan returning home named Alexander Colmenares told AFP.

The head of Colombia’s immigration service, Juan Francisco Espinosa, told reporters that Venezuelans who fled to places like Ecuador and Peru often on foot, are now also returning to their home country.

More than 1,400 cases of COVID-19 have been reported in Colombia since March 6, including 35 deaths.

Austria plans to start reopening shops from next week