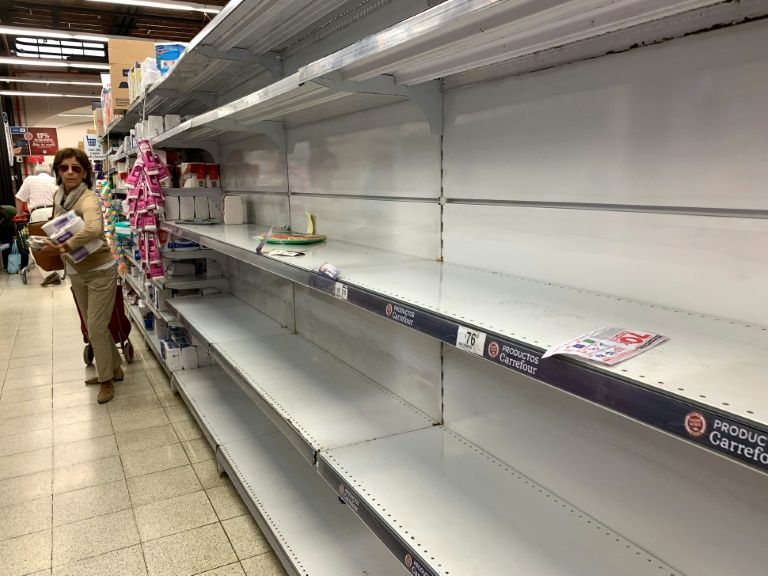 Venezuelan President Nicolas Maduro on Sunday ordered a “collective quarantine” in seven states, including the capital Caracas, from Monday to stem the spread of the new coronavirus pandemic.

Elsewhere in Latin America, Argentina and Colombia were amongst several countries to announce new travel restrictions and El Salvador declared a state of emergency in stepped-up efforts to try to protect against the virus.

The region did not report its first new-coronavirus case until February 26, by which time it was well established in Asia and Europe.

But Latin America has seen an acceleration in reported cases, with more than 550 people now infected and six deaths.-

In Venezuela, all activities in the seven states are to be suspended from 5:00 am Monday.

Food distribution, health services, transport and security are exempted, Maduro said in a television address to his crisis-devastated nation where the economy had already collapsed long before the pandemic struck.

“It’s not a collective vacation, no. It’s a collective quarantine that deserves great social discipline, great self-control,” said Maduro, adding that it meant people should stay “at home.”

This latest measure to combat the global pandemic comes after Maduro previously banned flights to and from Europe, Colombia, Panama and the Dominican Republic. He also suspended school and university classes, and sports events.

Venezuela reported seven new cases of the COVID-19 illness on Sunday, taking its total to 17.

Maduro has said his response was inspired by that of China, one of Venezuela’s main commercial allies.

China, where the virus originated, put tens of millions of people under lockdown to help contain the spread of the virus, which has affected more than 80,000 Chinese and killed more than 3,000.

“The only way to contain the channels of transmission is to enter in a… drastic phase of collective quarantine throughout the country,” said Maduro.

Argentina’s President Alberto Fernandez announced the closure of the country’s borders and a suspension of school classes until the end of the month.

Fernandez said the border closure was only for people entering the country and there was no impediment to leaving Argentina.

Colombian President Ivan Duque announced on Twitter that “from March 16, entry for non nationals and non residents to Colombia will be restricted.”

Colombians and foreign residents can still enter the country but must respect “an obligatory two-week isolation,” he said.

Paraguay’s President Mario Abdo Benitez said the countries would discuss a partial closure of borders “to people, not merchandise” on Monday.

Chile suspended school classes and barred cruise ships from its ports. On Saturday it quarantined two cruise ships after an 85-year-old Briton tested positive for the virus.

However, there is no vaccine for the new coronavirus currently ravaging the world.

Peru, which had 43 confirmed cases, likewise barred cruise ships from docking at its ports for at least 30 days.

Local press reported that the government is expected to announce a nationwide home-stay quarantine.

In Cenral America, Costa Rican health authorities ordered all bars, casinos and night clubs to close for one month.

Health Minister Daniel Salas also called on people to avoid going outside unless it was strictly necessary.

Late on Saturday, El Salvador’s Congress declared a state of emergency and approved a partial suspension of the country’s constitution, despite not having recorded any cases of new coronavirus.

The measures include a restriction on free movement and assembly for 30 days, allowing health officials to ban public gatherings.

In sport, Brazil and Mexico suspended all professional football matches until further notice.

Brazil is the worst affected country in Latin America with 176 reported cases.

In the Dominican Republic, municipal elections went ahead on Sunday, although the government announced it was suspending flights to and from Europe, China, South Korea and Iran from Monday.