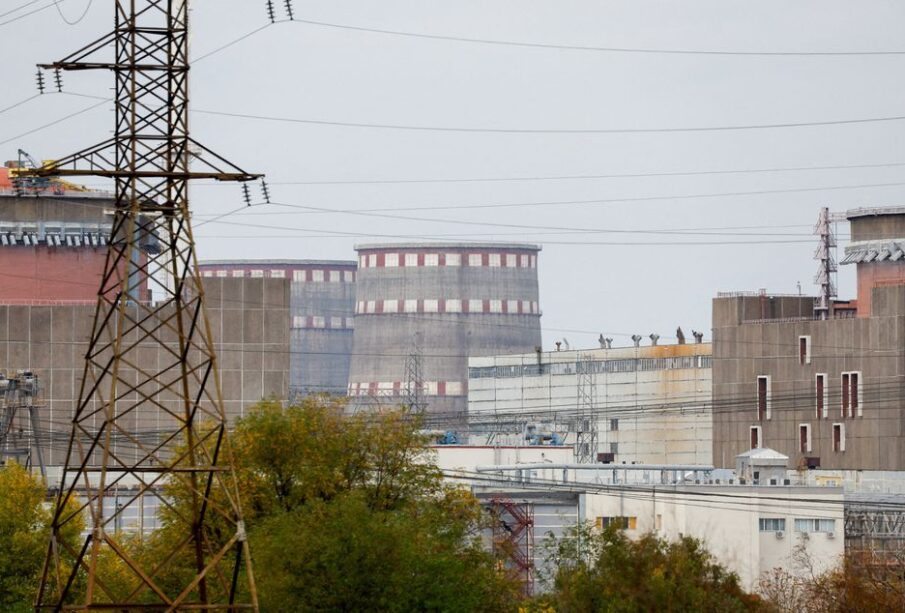 A view shows the Zaporizhzhia Nuclear Power Plant in the course of Russia-Ukraine conflict outside Enerhodar in the Zaporizhzhia region, Russian-controlled Ukraine, October 14, 2022. REUTERS/Alexander Ermochenko/File Photo

The Zaporizhzhia nuclear power plant in southern Ukraine remains under Russian control, authorities installed by Moscow in the nearby city of Enerhodar said on Monday, after a Ukrainian official suggested Russian forces were preparing to leave.

“The media are actively spreading fake news that Russia is allegedly planning to withdraw from Enerhodar and leave the (plant). This information is not true,” the Russia-installed administration wrote on the Telegram messaging app.

The head of Ukraine’s state-run nuclear energy company said on Sunday there were signs that Russian forces might be preparing to vacate the vast Zaporizhzhia plant which they seized in March, soon after invading Ukraine.

Ukraine, which suffered the world’s worst nuclear accident in Chornobyl in 1986, and Russia have accused each other of shelling the site of the Zaporizhzhia reactor complex.

Both sides have warned of the danger of a nuclear catastrophe. The U.N. nuclear watchdog, the International Atomic Energy Agency), wants to create a protection zone around the nuclear power station, which is Europe’s largest.

Ukrainian presidential adviser Mykhailo Podolyak said late on Sunday that he had no doubt that Russian forces would leave the plant, where Ukrainian staff are still operating. Many of these workers live in Enerhodar.

“The defence line is starting to retreat to the borders of the Russian Federation,” Podolyak told Ukrainian television, adding that Ukraine would “take it (the plant) back.”

Ukraine’s military said on Monday its forces late last week destroyed six units of Russian military equipment and that about 30 Russian servicemen were wounded in fighting near Enerhodar.

Reuters was not able to immediately verify the reports.

Russian President Vladimir Putin moved in September to annex Donetsk, Luhansk, Kherson and the Zaporizhzhia regions of Ukraine where his forces say they have partial control. Kyiv and its Western allies condemned the move as illegal.