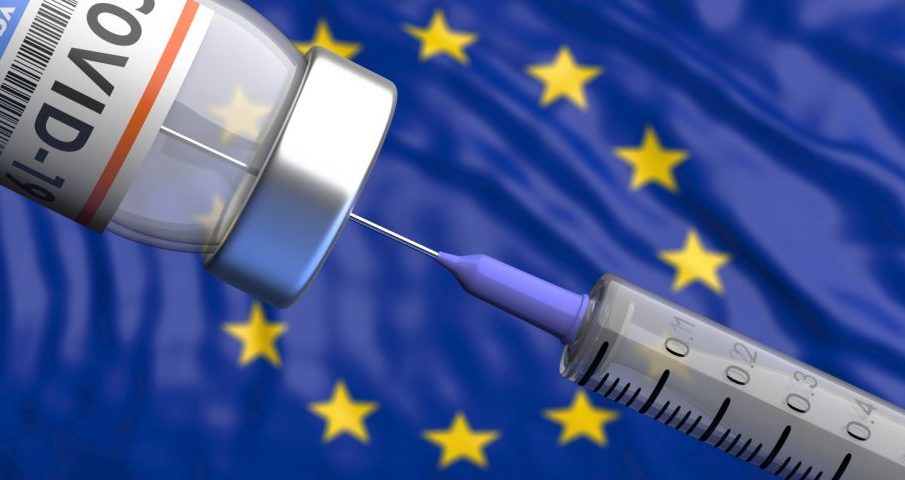 The EU has secured enough orders of the COVID-19 vaccines to cover the whole population twice over. Photo: Getty

Members of the European Union could see economically-relevant COVID-19 restrictions lifted by May or June, according to an estimate from Capital Economics.

“We assume that governments will start to lift the restrictions once the vulnerable are vaccinated — probably in April in most cases,” it said in a report on Tuesday.

Despite these measures being removed in some cases, wider social distancing guidelines rules, such as mask wearing on public transport and working from home advice, will remain in place, the group added.

The news comes as a number of European nations continue to be plunged further into lockdown restrictions. Germany has already extended its lockdown, with the Netherlands also expected to follow with further restrictions. France is facing a case rise as the new UK variant spreads there.

The EU has secured enough orders of the vaccines to cover the whole population twice over. Its total confirmed orders amount to roughly 1.9 billion doses from six suppliers, though only the Pfizer (PFE)/BioNTech (BNTX) and Moderna (MRNA) jabs have been authorised for use by the European Medicines Agency (EMA). The Oxford University-AstraZeneca (AZN) vaccine is expected to be approved on 29 January.

A number of nations have faced criticisms over their rollout of the vaccines, with Capital Economics calling delivery schedules “frustratingly opaque at this stage.” Storing the Pfizer/BioNTech jab has also proven to be a problem due to its low temperature threshold, in addition to vaccine hesitancy that has taken hold in some nations, such as France.

Distrust in government has followed health scandals in recent decades, including those involving mismanaged vaccines, according to the Associated Press.

The other immediate threat is that the virus transmission could accelerate due to the spread of more transmissible variants, resulting in more intense pressure on healthcare systems, said Capital Economics.

Despite this, the group said that expectations are that “most countries will have finished vaccinating their vulnerable groups in Q2, but delays into Q3 are possible.”

Global markets are also anticipating a gradual reopening of economies in the near term.

“We think the ECB is now essentially ‘done’ in terms of pandemic-related support,” said Reinhard Cluse, chief economist for Europe at UBS Investment bank, in a recent note about the central bank’s next policy move.

“Growth should pick up meaningfully as of Q2, thus easing the latest concerns on the economic outlook. Against this background, we do not expect the PEPP [Pandemic Emergency Purchase Programme] to be extended beyond the current horizon of March 2022 — although we believe that the ‘old’ QE programme (APP) will continue to run for longer, potentially with increased flexibility.