US visitors from developing nations to pay thousands in visa bonds

The Times of Earth, International Edition
0
444 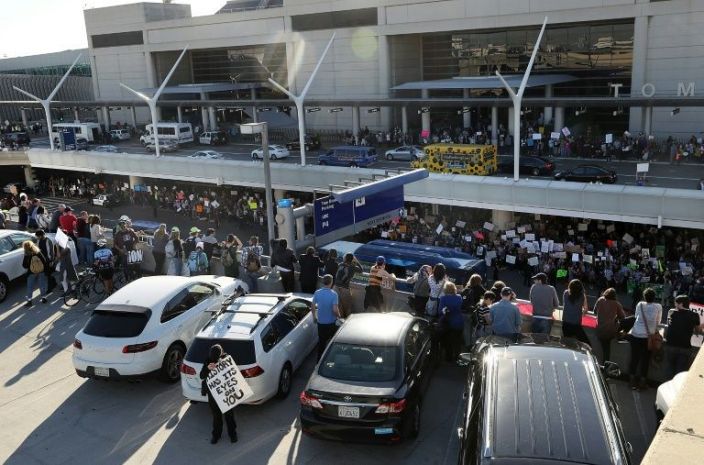 The United States will temporarily require visitors from Iran, Myanmar and a number of African nations to pay up to $15,000 in visa bonds in a new hardline immigration measure enacted late in Donald Trump’s presidency.

The rule takes effect December 24 for a duration of six months, although it remains to be seen if it will be maintained by President-elect Joe Biden, who takes office on January 20 and has promised to be more welcoming to the rest of the world.

The pilot program is designed to make up the costs to the US government of deporting foreigners who overstay their visas, according to a notice published Tuesday in the Federal Register by Carl Risch, the assistant secretary of state for consular affairs.

Visitors on “B” visas, which are issued for short-term business and tourism, will be asked to pay up to $15,000, which will be forfeited to the Immigration and Customs Enforcement agency if they do not prove that they have left on time.

The rule will apply to citizens of 23 countries that, according to the declaration, have overstay rates of more than 10 percent.

Most of the countries are in Africa, including Sudan and the Democratic Republic of Congo.

Other nations on the list include Iran, Myanmar, Afghanistan and Bhutan. Trump has already sharply curtailed travel from Iran — part of his “Muslim ban” promised during his 2016 campaign, which Biden plans to rescind.

The bonds will not affect students or travelers from fellow developed countries who are exempt from visas to enter the United States.

Contrary to the general practice for changes to immigration rules, the Trump administration launched the bonds abruptly without a period for public comment and review.

The State Department official defended the streamlined timeframe by saying that the issue was a matter of conducting foreign relations and hence not subject to the usual process.

“The Pilot Program is being studied as a potential diplomatic tool to encourage foreign governments to take all appropriate actions to ensure that their nationals timely depart the United States after making temporary visits,” Risch’s filing said.

The justification is at odds with the summary in the same filing which said the program was meant to reduce the burden to the US government and “does not aim to assess whether issuing visa bonds will be effective in reducing the number of aliens who overstay.”