The Times of Earth, International Edition
0
1019 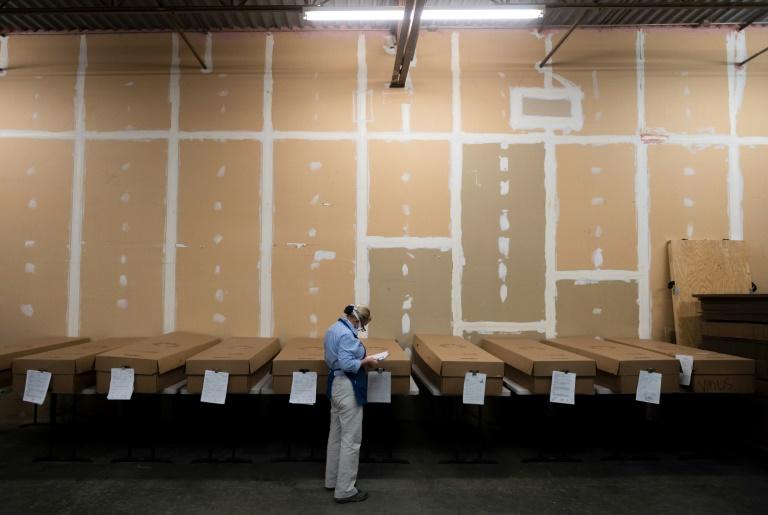 ematorium supervisor Ginger Rowley checks the names on cardboard caskets at the Maryland Cremation services in Millersville -- there are now more than one million confirmed coronavirus cases in the United States, and more than 57,000 deaths (AFP Photo/ANDREW CABALLERO-REYNOLDS)

The number of confirmed coronavirus infections in the United States topped one million on Tuesday, according to a tally by Johns Hopkins University.

The pandemic has claimed the lives of more than 57,000 people in the US, which leads the world in the number of confirmed infections with 1,002,498, according to the Baltimore-based school’s latest count.

The latest numbers come as the COVID-19 epidemic appears to be easing in hotspots like New York while other states move to reopen their economies — even though case and death rates continue to rise in some places.

New York Governor Andrew Cuomo said 335 people had died in the state over the previous 24-hour period, a decline but still staggering.

“This number is basically reducing but not at a tremendous rate and the only thing tremendous is the number of New Yorkers who still pass away,” he said.