US seizes tanker used to deliver oil to N.Korea

The Times of Earth, International Edition
0
195 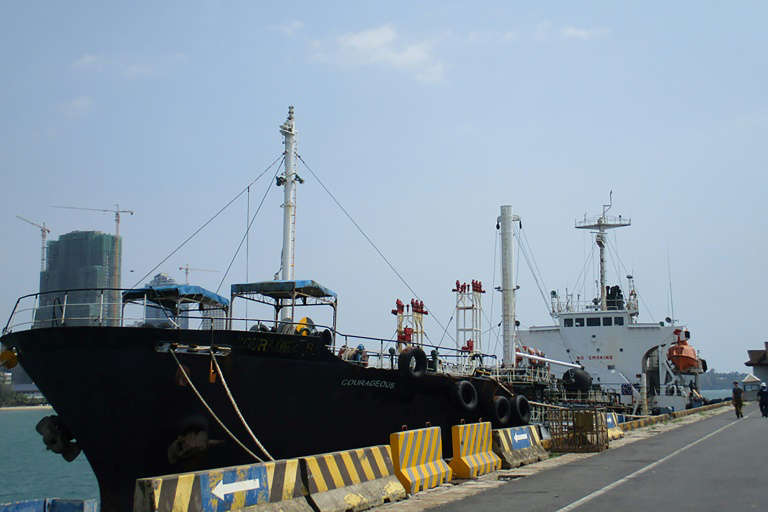 The oil tanker M/T Courageous has been seized by US authorities over illegal oil deliveries to North Korea. AFP

The United States on Friday seized a Singapore-owned oil tanker that was used to make illegal oil deliveries to North Korea, the Justice Department said.

A New York federal judge issued a judgment of forfeiture authorizing the United States to take ownership of the M/T Courageous, which is currently in Cambodia.

The ship, which has a capacity of 2,734 tons, was purchased by Singaporean national Kwek Kee Seng, who remains at large, according to a Justice Department statement.

“Kwek and his co-conspirators engaged in an extensive scheme to evade… US and UN sanctions by using vessels under their control to covertly transport fuel to North Korea,” the statement said.

From August to December 2019, the Courageous would illegally stop transmitting its location information. Satellite imagery showed that during that time, the tanker engaged in ship-to-ship transfers of more than $1.5 million worth of oil to a North Korean ship.

The Department has accused Kwek of trying to hide the scheme by using shell companies, lying to international shipping authorities and falsely identifying the Courageous to avoid detection.

Kwek has been charged with conspiracy to evade economic sanctions on North Korea and money laundering conspiracy.

Cambodian authorities seized the tanker in March 2020 on a US warrant and have held the Courageous there since.

The US attorney’s office for the southern district of New York filed a civil forfeiture action against the tanker on April 23.

Relations between Washington and Pyongyang are strained, with North Korea’s foreign minister in June ruling out any talks with the United States, saying such dialogue would “get us nowhere.”

Negotiations between the two countries have long been stalled over the international sanctions imposed on the nuclear-armed state and what North Korea should give up in return for their lifting.