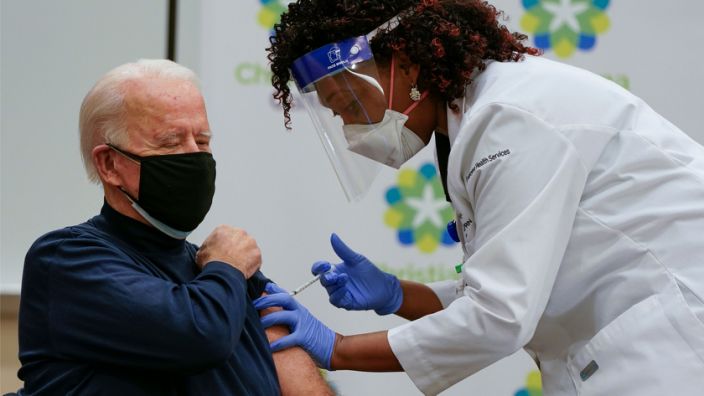 U.S. President-elect Joe Biden received his first dose of the Pfizer Inc COVID-19 vaccine on Monday at a hospital in Newark, Delaware, and he urged Americans to get the vaccine when it is available.

His wife, Dr. Jill Biden, received the vaccine as well.

Biden, 78, has repeatedly told reporters that he wished to get publicly vaccinated in order to inspire confidence in the inoculation. Experts told Yahoo News that the timing was chosen to enable Biden to receive the second dose — which is supposed to be given three weeks later — before the inauguration, where, even in its scaled-down form, he is bound to interact with hundreds.

Over 300,000 Americans have died from the coronavirus, according to data from Johns Hopkins. Biden is likely to inherit a country in a grim state, with climbing infection and death tolls nationwide. He and his transition team have stressed that distributing the vaccine and ensuring that as many Americans as possible get vaccinated is a top priority come Jan 20.