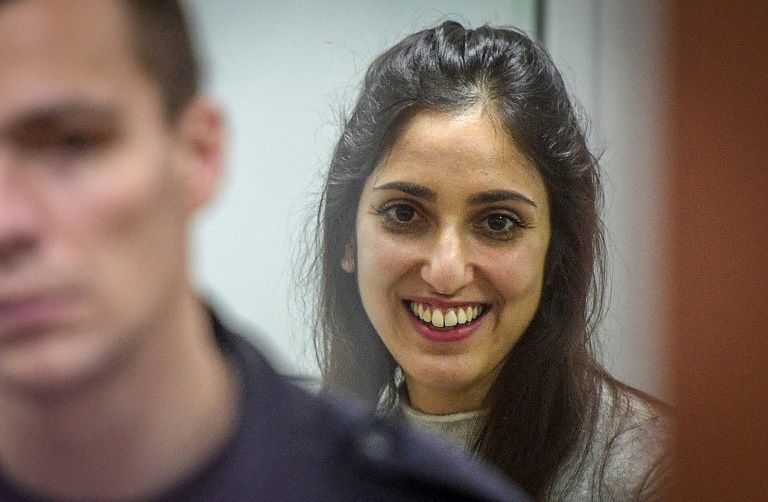 Russia’s prison service said Thursday that a US-Israeli woman jailed for drug trafficking has been freed from prison after President Vladimir Putin pardoned her.

Putin pardoned Naama Issachar on Wednesday evening ahead of a Thursday visit to Moscow by Israel’s Prime Minister Benjamin Netanyahu.

“Due to the presidential decree on pardoning, Naama Issachar has been freed from prison,” the prison service said in a statement.

Issachar, 26, was arrested at Moscow’s Sheremetyevo airport in April 2019 while she was in the transit zone en route from India to Israel.-

Russian authorities said they found nine grammes (three ounces) of cannabis in her checked luggage and she was sentenced in October to seven and a half years in prison.

“Guided by the principles of humanity, I pardon Naama Issachar,” Putin said in a decree cited by the Kremlin.

The young woman’s fate had sparked a wave of sympathy in Israel where Netanyahu had pledged to do everything for her release.

Her mother Yaffa Issachar told Israeli media in Russia that her daughter was “out, in a car.”

“Finally, thank God, thanks to everyone,” she was quoted as saying.

The Israeli newspaper Yediot Aharonot reported that the freed woman would return to Israel on Thursday in Netanyahu’s plane.

In December, Issachar lost an appeal against her sentence, which Netanyahu has described as disproportionate.

During the appeal hearing, Issachar had proclaimed her innocence, denouncing the charges against her as absurd.

She was imprisoned in a penal colony in the Moscow region. After initially refusing to appeal to Putin, on Sunday she signed a request to him for a pardon.

When travelling to Israel last week for commemorations for the liberation of the Nazi death camp at Auschwitz 75 years ago, Putin appeared before the cameras with Issachar’s mother and Netanyahu.

The Israeli foreign ministry had called the verdict “harsh and disproportionate” and President Reuven Rivlin had appealed to Putin’s “mercy and compassion” when asking him to intervene in the case.

Netanyahu on Thursday was to discuss US President Donald Trump’s Middle East peace plan with Putin.

Netanyahu, who has highlighted his personal bond with Trump, stood alongside him at the White House when the peace plan was announced Tuesday and called it a victory for Israel.

It remains to be seen how much Issachar’s release and Netanyahu’s visit to Washington boost his re-election chances.

Analysts said the details of Trump’s plan could offer political benefits to Netanyahu, delighting rightwing voters with calls for the annexation of West Bank settlements and possibly appeasing some on the left with nominal support for a Palestinian state.

Russia said it would study Trump’s plan and called on Israelis and Palestinians to negotiate directly to find a “mutually acceptable compromise.”