US Election 2020: At least 92 million people have already voted 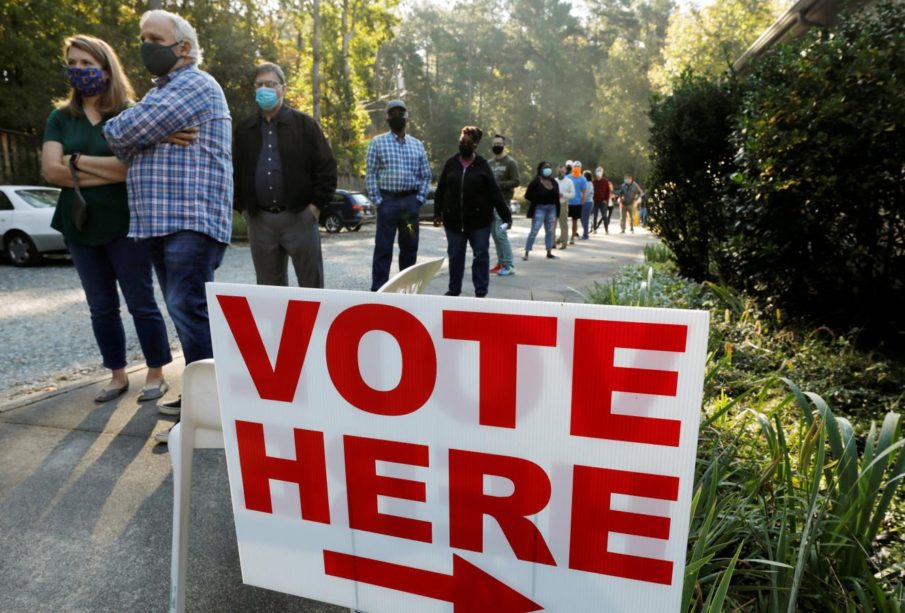 Early voting numbers show how much is at stake in this election. qz.com

With two days to go until Election Day, early voter turnout in the US has already reached historic levels. As of Sunday morning, around 92 million people have already cast their ballot — nearly twice as many as voted early in 2016 — and that number is sure to grow before Tuesday.

Early voter turnout this election is equivalent to just slightly more than two-thirds of the total votes cast in 2016, according to data provided by the US Elections Project, which is run by University of Florida professor Michael McDonald.

And some states are running far ahead of that 66.8 percent nationwide mark: Texas, for example, hasn’t just eclipsed its 2016 early vote total, but its entire 2016 vote total. In the Lone Star State, around 9.67 million people have already voted than cast a ballot in 2016, Election Day included.

Part of the reason for that is simple: Texas is a growing state. Since 2016, according to the Texas Tribune, it has added about 1.8 million new registered voters. But it’s not a pure numbers game; even in terms of percentages, something exceptional seems to be happening in Texas.

Specifically, voter turnout as a percentage of registered voters is already nearly on par with 2016 totals — 57.3 percent so far in 2020 versus 59.4 percent in 2016, again according to the Tribune — and is likely to climb even higher come Election Day.

Though Texas is the only state to break 100 percent of its 2016 turnout from early voting alone, other states are edging up on the same mark. As of Saturday night, early voter turnout in Florida stands at 92 percent of the state’s 2016 vote total, according to the Cook Political Report’s Dave Wasserman.

Among others, Georgia, North Carolina, and Montana — states that could have major implications for control of the Senate when a new Congress is sworn in, and two of which are considered swing states in the presidential race — have also exceeded 90 percent of their 2016 turnout, according to the US Elections Project.