The Times of Earth, International Edition
0
697 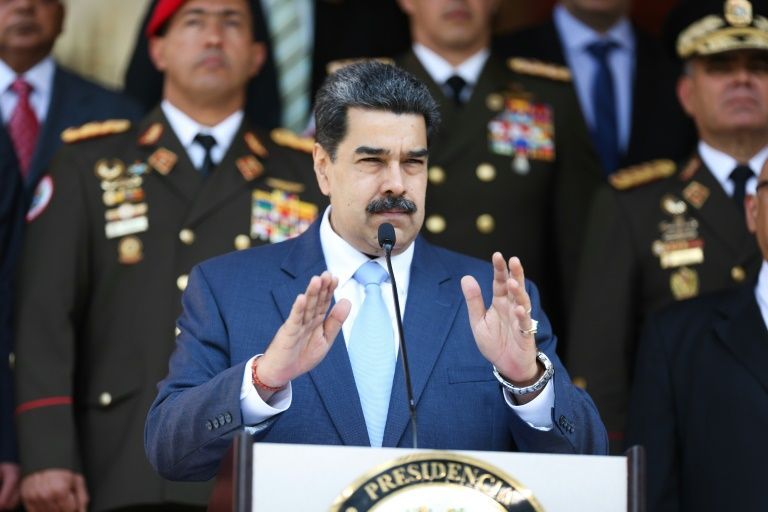 Venezuela's President Nicolas Maduro, in a handout picture released by Venezuela's presidential palace, has been indicted by the United States on "narco-terrorism" charges (AFP Photo/Marcelo GARCIA)

The US Justice Department announced the indictment Thursday of Venezuelan President Nicolas Maduro and offered a $15 million reward for information leading to his capture.

The Justice Department called Maduro the head of a cocaine trafficking group called “The Cartel of the Suns” that exported hundreds of tonnes of drugs working hand in hand with the Revolutionary Armed Forces of Colombia, which the United States has officially labelled a “terrorist organization.”

Also indicted were more than a dozen other officials of the Maduro regime, including members of the Venezuelan military and judiciary, including the country’s chief justice.

The indictments were issued in multiple US jurisdictions including New York and Miami, with charges running from “conspiracy to narco-terrorism” to money laundering.- –

“For more than 20 years, Maduro and a number of high-ranking colleagues allegedly conspired with the FARC, causing tons of cocaine to enter and devastate American communities,” said Attorney General Bill Barr.

“It’s time to call out this regime for what it is,” he said.

“The Maduro regime is awash in corruption and criminality.”

Barr said the Maduro regime had supported a breakaway group of the FARC along the Colombian-Venezuelan border that is involved in drug trafficking.

The State Department also announced a $10 million rewards for Cabello, Alcala and Carvajal.

US virus deaths may top 80,000 despite confinement