The Times of Earth, International Edition
0
364 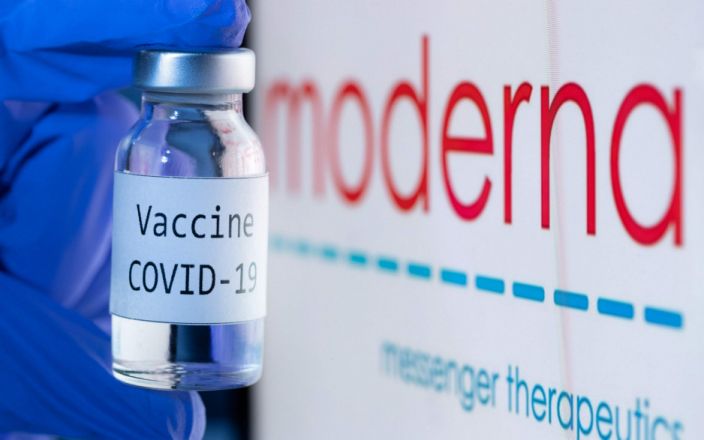 The United States on Friday authorized Moderna’s Covid-19 vaccine for emergency use, as the country grapples with a brutal winter surge that is killing over 2,500 people a day.

The US is the first nation to authorize the two-dose regimen, now the second vaccine to be deployed in a Western country after one developed by Pfizer and BioNTech.

“With the availability of two vaccines now for the prevention of Covid-19, the FDA has taken another crucial step in the fight against this global pandemic,” Food and Drug Administration (FDA) chief Stephen Hahn said.

President Donald Trump — who has frequently taken credit for the fast pace of vaccine development — tweeted: “Congratulations, the Moderna vaccine is now available!”

Joe Biden, who defeated Trump in November’s presidential elections and is due to take office in January, hailed the news as “another milestone” in the fight against the virus.

But he also warned of “the immense challenges ahead, including scaling up manufacturing, distribution, and the monumental task of vaccinating hundreds of millions of Americans.”

Meharry Medical College President James Hildreth, who was part of a panel of experts convened by the FDA to discuss approval matters, said Thursday it was a “remarkable achievement” to have developed and authorized the Pfizer and Moderna vaccines within a year.

The Pfizer and BioNTech vaccine was approved by Britain on December 2, followed by several other countries including the US last week. Less-vetted inoculations have also been rolled out in China and Russia.

The United States alone has seen more than 310,000 people die from coronavirus infections and is currently witnessing a brutal winter surge, with nearly 115,000 people hospitalized, according to the Covid Tracking Project.

Millions of doses will begin shipping out as early as this weekend from cold-storage sites outside Memphis and Louisville, overseen by logistics firm McKesson.

From there they will be delivered to sites around the country via partnerships with FedEx and UPS. 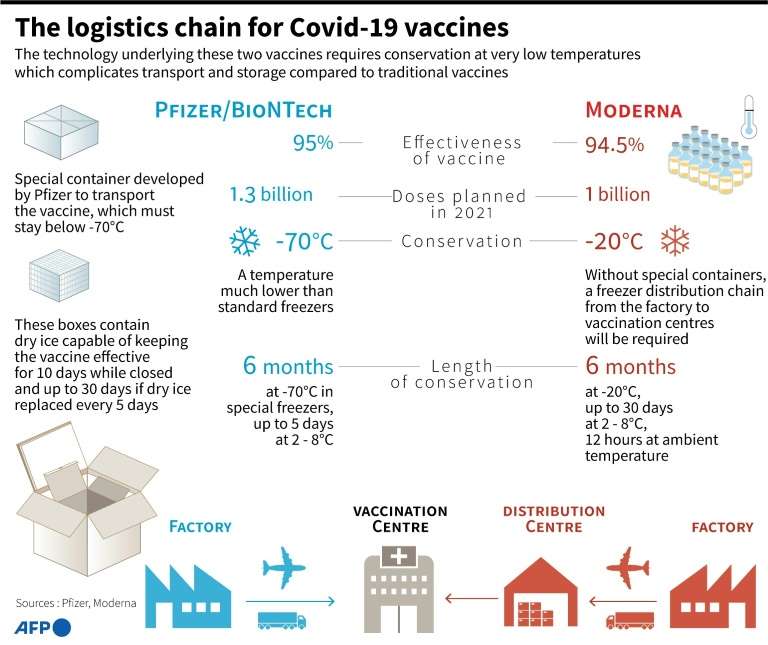 Moderna has several other drugs under development, but has never seen any authorized until this week.

The decade-old Massachusetts-based biotech company received $2.5 billion in federal funding for its efforts and co-developed the vaccine with scientists at the National Institutes of Health.

Both the Pfizer and Moderna vaccines are based on cutting-edge mRNA (messenger ribonucleic acid) technology, and both have been shown to protect about 95 percent of people against Covid-19 compared to a placebo.

Clinical trials involving tens of thousands of people each have also found no serious safety issues.

The most commonly reported side effects were, according to the FDA, “tiredness, headache, muscle pain, chills, joint pain, swollen lymph nodes in the same arm as the injection, nausea and vomiting, and fever.”

But there have now been a handful of people around the world who developed significant allergic reactions after receiving the Pfizer vaccine, and the FDA has said it will remain vigilant.

Both vaccines come with warnings for people who have histories of allergic reactions to their ingredients.

FDA scientist Peter Marks told reporters that the total number of cases of allergic reactions to the Pfizer vaccine across the United States was now around five.

He said investigations were underway, and suggested the culprit might be an ingredient called polyethylene glycol, which is in both vaccines.

The FDA will also be on the lookout to see whether both vaccines may in extremely rare cases be linked to Bell’s palsy, a temporary facial paralysis condition, a handful of cases of which emerged during clinical trials.

Both vaccines work by giving human cells the instructions to make a surface protein of the coronavirus, which simulates an infection and trains the immune system for when it encounters the real virus.

They each differ in the formulation of the fatty particles used to deliver the mRNA, allowing Moderna’s vaccine to be kept in long term storage at -20 degrees Celsius (-4 degrees Fahrenheit), unlike Pfizer’s, which must be stored at -90 degrees Celsius.

Moderna carried out a clinical trial of more than 30,000 people, roughly half of whom were given the product and the other half a placebo, with neither recipients nor their health care providers knowing who was in each group.

It has proposed to “unblind” the whole study and offer placebo recipients the vaccine.

But some experts have raised concerns about that plan, saying scientists will be deprived of valuable data and warning that some people will end up getting the vaccine ahead of others in their priority group.

Moderna proposes to ship 20 million this month and 80 million more in the first quarter of 2021, with the remaining 100 million in the second quarter.