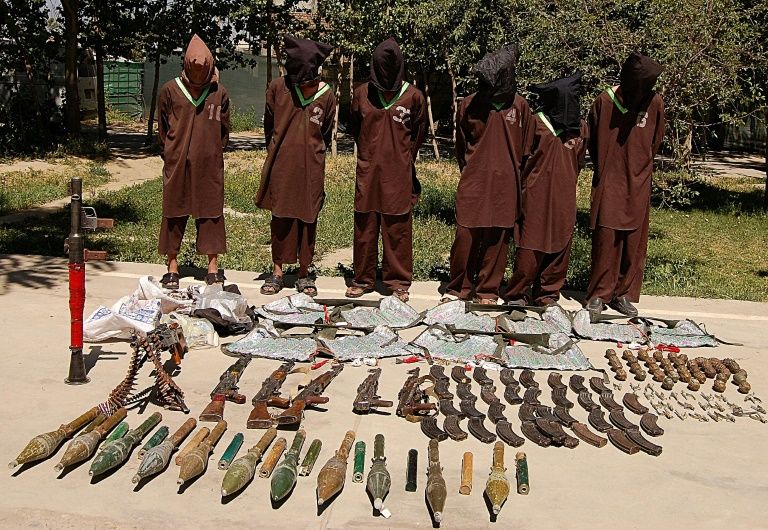 The countdown to the signing of a peace agreement between the Taliban and the United States to end 18 years of war in Afghanistan will begin on Friday night, a senior US State Department official said. The seven-day “reduction of violence” promised by the Taliban will go into effect on Friday, but the official did not specify the exact hour when the reduction of violence will commence. After the seven days, the long sought-after peace agreement between the US and the Taliban will be signed on February 29 in Doha, Qatar, paving the way for a withdrawal of US troops and intra-Afghan negotiations, the official said. The Taliban had set up and maintained a political office in Doha in recent years, following the 2001 US-led invasion that toppled their regime, which had harboured al Qaida leader Osama bin Laden, in Afghanistan.

The US and the Taliban are set to sign a historic agreement that would pave the way to ending America’s longest war, the bitter foes announced Friday, hours after Kabul said a week-long partial truce across Afghanistan would kick off this weekend.

If that so-called “reduction in violence” holds, it would mark a major turning point in the gruelling conflict and set the conditions for a deal that could, ultimately, pull US troops out after more than 18 years and launch Afghanistan into an uncertain future.

Both US Secretary of State Mike Pompeo and the Taliban issued statements saying they had agreed to sign the accord on February 29 in Doha, following the one-week partial truce.

“Upon a successful implementation of this understanding, signing of the US-Taliban agreement is expected to move forward,” Pompeo said, adding that negotiations between the Taliban and the Afghan government would “start soon thereafter”.-

The United States has been in talks with the Taliban for more than a year to secure a deal in which it would pull out thousands of troops in return for Taliban security guarantees and a promise to hold peace talks with the government in Kabul.

A reduction in violence would show the Taliban can control their forces and demonstrate good faith ahead of any signing, which would see the Pentagon withdraw about half of the 12,000-13,000 troops currently in Afghanistan.

In a statement, the Taliban said warring parties would “create a suitable security situation” ahead of a deal signing.

One Taliban source in Pakistan said that if an agreement was signed on February 29, talks between the Taliban and the Afghan government, needed to cement a broader peace deal, would be slated to start on March 10.

The announcement was hailed by the international community, with NATO saying the deal could make way for “sustainable peace” in Afghanistan, while Russia labelled it an “important event” for the ending the war.

Pakistan, which helped facilitate the talks between the US and the militants, also welcomed the news.

In southern Kandahar province, which is seen as the Taliban’s heartland, one insurgent told AFP he had received orders to stand down.

But another Taliban commander based in Kandahar, Hafiz Saeed Hedayat, said he had only been ordered to refrain from attacking major cities and highways.

“This means maybe the violence will continue in the districts,” Hedayat said.

Taliban expert Rahimullah Yusufzai said the move signalled a wider change in thinking for both the Taliban and the US after years of fighting.

“Both sides have shown their commitment to sign the peace deal, and it’s a big development,” he said.

The US and the Taliban have been tantalisingly close to a deal before, only to see President Donald Trump nix it at the eleventh hour in September amid continued insurgent violence.

Any truce comes fraught with danger, and analysts warn the attempt to stem Afghanistan’s bloodshed is laced with complications and could fail at any time.

Worse still, they say warring parties could exploit a lull to reconfigure their forces and secure a battlefield advantage.

The reduction in violence is “still just the first step”, Andrew Watkins, a senior analyst with the International Crisis Group, told AFP.

“Those talks will be a tough road of their own, but are the best avenue to peaceful settlement to Afghanistan’s conflict.”

On Thursday, the deputy leader of the Taliban said the insurgents are “fully committed” to a deal with Washington.

“That we stuck with such turbulent talks with the enemy we have fought bitterly for two decades, even as death rained from the sky, testifies to our commitment to ending the hostilities and bringing peace to our country,” Sirajuddin Haqqani wrote in an opinion piece in the New York Times.

Haqqani is also head of the Haqqani network, a US-designated terror group that is one of the most dangerous factions fighting Afghan and US-led NATO forces in Afghanistan.

Since the US-led invasion of Afghanistan after the September 11, 2001 attacks, America has spent more than $1 trillion in fighting and rebuilding in Afghanistan.

About 2,400 US soldiers have been killed, along with unknown tens of thousands of Afghan troops, Taliban fighters and Afghan civilians.