The Times of Earth, International Edition
0
680 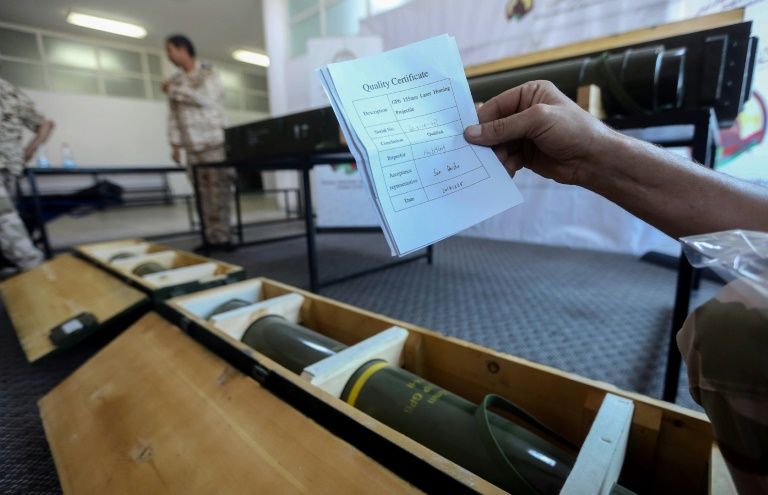 The United Nations mission to Libya has slammed ongoing violations of a UN Security Council arms embargo, despite commitments made a week ago at an international summit in Berlin.

In a statement published overnight into Sunday, UNSMIL it said it “deeply regrets the continued blatant violations of the arms embargo in Libya”.

World leaders last weekend committed to ending all foreign meddling in Libya and to upholding the 2011 weapons embargo as part of a broader plan to end the country’s conflict.

They also agreed to a permanent ceasefire and steps to dismantle numerous militias and armed groups, as well as a political process under the auspices of the UN.-

UNSMIL said a January 12 truce agreed by the Government of National Accord (GNA) and forces led by eastern commander Khalifa Haftar had provided much-needed respite for civilians in the capital, Tripoli.

“However, this fragile truce is now threatened by the ongoing transfer of foreign fighters, weapons, ammunition and advanced systems to the parties by member states, including several who participated in the Berlin Conference,” it said.

It said numerous flights had landed in Libyan airports over the last 10 days, providing both sides with “advanced weapons, armoured vehicles, advisers and fighters”.

“The mission condemns these ongoing violations, which risk plunging the country into a renewed and intensified round of fighting,” the UN mission said.

Military strongman Haftar, who controls Libya’s east and large swathes of the south, began an offensive in April last year to seize Tripoli from the UN-recognised GNA.

Turkey has backed the Tripoli-based GNA, while Haftar, who backs a rival administration in the country’s east, has had support from Russia, the United Arab Emirates and Egypt.

UN experts in December published a near-400-page report accusing an array of firms and external powers of violating a 2011 embargo by delivering arms or fighters to the North African country.

They concluded that “the arms embargo was ineffective, and resulted in regular maritime and air transfers to Libya of military material”.

Libya has been mired in chaos since a 2011 NATO-backed uprising that killed longtime dictator Moamer Kadhafi.