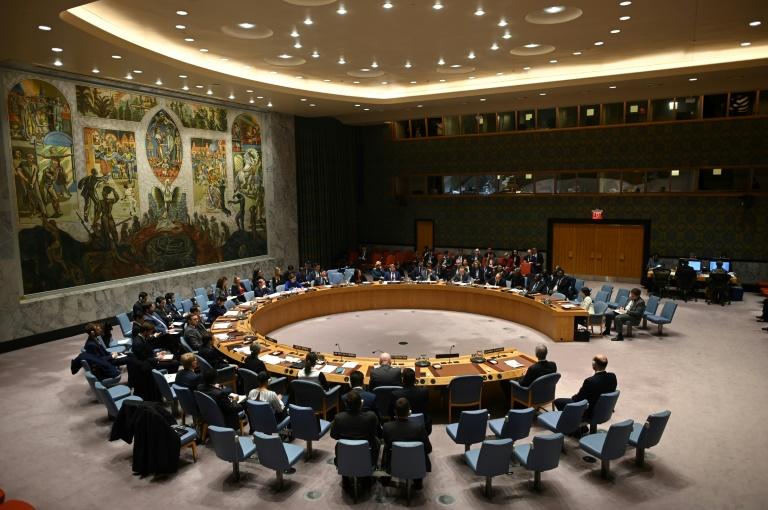 After more than a month of controversy, a UN Security Council buffeted between the United States, China and Russia is finally expected this week to adopt its first resolution on the coronavirus pandemic, amid calls for intensified international cooperation.

A hopeless task? A wake-up call for multilateralist forces crushed by resurging nationalism? Or perhaps a first step toward a geopolitical reorganization and the recasting of an international body founded in 1945 with the express mission of preventing and containing global crises?

Diplomats and experts surveyed by AFP were less than sanguine.

Gandhi once said that being late can itself be an “act of violence,” one ambassador recalled, speaking on grounds of anonymity to express impatience with the UN’s top body for its embarrassing silence in the face of the worst global crisis since World War II.

The Security Council has conferred only once on the pandemic, and that was in virtual session — a videoconference held April 9 at the initiative of Germany and Estonia.

The current resolution, jointly proposed by Tunisia and France, calls for “enhanced coordination among all countries,” a “cessation of hostilities” and a “humanitarian pause” in countries in conflict.

The resolution aims to support the efforts of Secretary-General Antonio Guterres and of several UN agencies struggling to contain the devastating political, economic and social consequences of the deadly virus.

The text is partly “a face-saving device that allows the Security Council to claim that it has not been entirely inactive,” said Richard Gowan, UN director of the International Crisis Group, a center for analysis. “But it does have some substantive benefits too.”

Might the benefits of a resolution binding on all UN members be seen in crisis zones in Syria, Yemen or elsewhere in the Middle East? In Afghanistan, Colombia or Africa?

“A global ceasefire is very laudable, but the challenge is how you translate that into actions in individual country context,” another ambassador said.

The French-Tunisian text merges two proposals negotiated in parallel over several weeks, one under Tunis’s leadership among the 10 non-permanent members of the Security Council (the “E10”) and the other by France among the five permanent members (the “P5”).

But while the two texts share the goal of improved cooperation and support for widespread cease-fires, neither achieved complete unity in its Security Council bloc, diplomats said.

The joint text is likely to undergo several amendments before being put to a vote at a date as yet uncertain. But several diplomats described it as “decisive,” and insisted it will be voted on this week.

A principal obstacle to unity remains how the text, a copy of which was obtained by AFP, will ultimately refer to the World Health Organization.

The WHO’s role in dealing with the pandemic has been vilified by US President Donald Trump, who complained it had not been transparent about the coronavirus and suspended US funding. China responded by offering additional funding.

And Russia, in talks early this month, wanted to insert language calling for an end to protectionism and trade wars and a lifting of unilateral sanctions.

One diplomat said only a high-level video arbitration between P5 members — possibly even consultation involving national leaders — could resolve such thorny disputes.

Yet might the permanent members take advantage of this virtual get-together to design a new post-pandemic world order — even placing the UN on a new path?

For one ambassador, such an initiative should be led by Guterres, standing above the melee and able to help sketch out a “war-fighting plan.”

“Never have the world’s seven and a half billion humans felt more strongly such an urgent need for global policy,” said Bertrand Badie, a professor at the Paris Institute of Political Studies (“Science Po”).

“At the same time, nationalism has never been as active in the world.”

What remains to be seen, he added, is how those two countervailing forces sort themselves out.