UN Security Council meets on Israel but US blocks statement 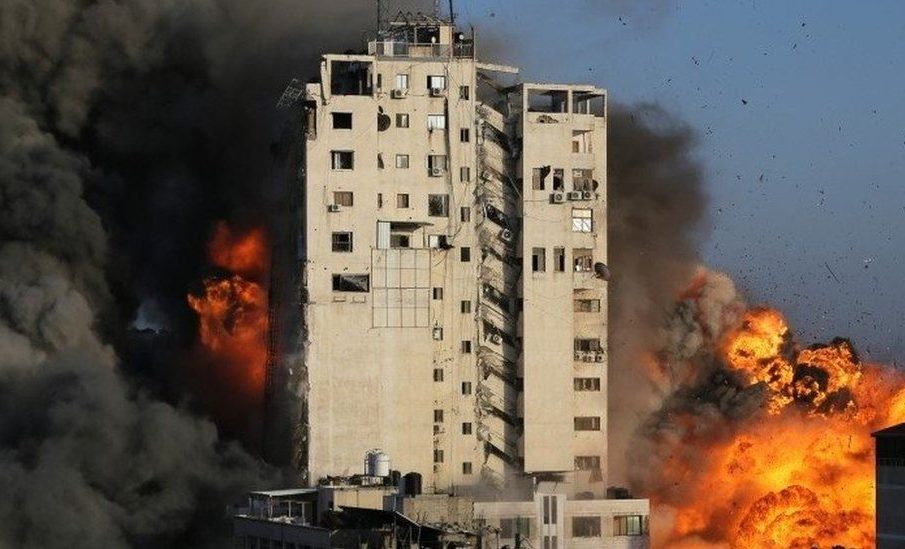 The UN Security Council held another emergency meeting Wednesday on worsening hostilities between Israel and Palestinians, again without agreeing on a joint statement due to opposition from the United States, Israel’s key ally, diplomats said.

According to several sources, 14 of the 15 members of the Council were in favor of adopting a joint declaration aimed at reducing tension.

However, the United States saw the Security Council meeting as a sufficient show of concern, diplomats told AFP on condition of anonymity, and did not think a statement would “help de-escalate” the situation.

“The United States has been actively engaged in diplomacy behind the scenes with all parties, and across the region, to seek to de-escalate the situation. At this stage, a Council statement would be counterproductive,” said one source familiar with discussions, also speaking anonymously.

In Washington, chief diplomat Antony Blinken announced that a US envoy would travel to the Middle East to seek to calm tensions between Israel and the Palestinians.

“We condemn the firing of rockets from Gaza against civilian populations in Israel by Hamas and other militant groups which is totally unacceptable and must stop immediately,” the statement said.

“The large numbers of civilian casualties, including children, from Israeli airstrikes in Gaza, and of Israeli fatalities from rockets launched from Gaza, are both worrying and unacceptable.

“We call on Israel to cease settlement activities, demolitions and evictions, including in East Jerusalem,” they wrote.

When asked about the inability of the Council, the body in charge of world peace, to speak out on the Israeli-Palestinian clashes, UN spokesman Stephane Dujarric expressed hope for a turnaround soon.

Declaring that there was desire for the Council members find “the ability to issue a statement,” he added that “any international situation will always benefit from a strong and unified voice from the Security Council.”

UN Middle East envoy Tor Wennesland had warned Wednesday’s meeting that the “situation has deteriorated since Monday… there is a risk of a spiral of violence,” according to a diplomatic source.

During a first emergency meeting on Monday, the United States also refused to back a text proposed by Tunisia, Norway and China calling on all parties to refrain from provocation.

Renewed rocket fire and rioting in mixed Jewish-Arab towns has fuelled growing fears that deadly violence between Israel and Palestinians could descend into full-scale war.

The most intense hostilities in seven years have killed at least 65 people in Gaza, including 16 children, and seven in Israel, including a soldier and one Indian national, since Monday.

Uganda army to join Congo in offensive against Islamist rebels

Western powers clash with China at U.N. over Xinjiang