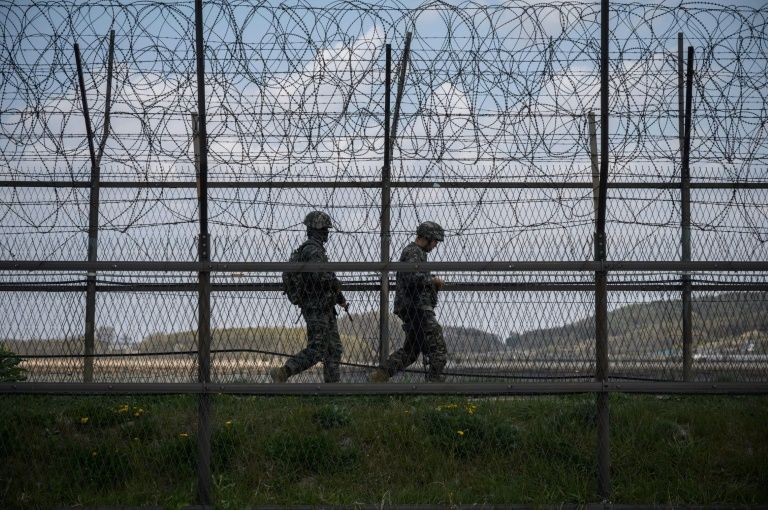 An exchange of gunfire between North and South Korean forces in the Demilitarized Zone dividing the peninsula was a violation of the armistice agreement, the United Nations Command (UNC) said Tuesday.

The two sides remain technically at war, since fighting in the Korean War ended with an armistice in 1953 that was never replaced with a peace treaty.

The UNC — which monitors compliance with the ceasefire — opened an investigation into the shooting and concluded that “both sides committed Armistice Agreement violations”, it said in a statement.

The probe found the North’s Korean People’s Army fired four 14.5mm small-arms rounds, which were responded to by two volleys from South Korea.

But the investigation was “unable to definitively determine” whether the North’s gunshots were fired “intentionally or by mistake”, the UNC said.

The North’s military did not offer a “formal response” when the UNC invited it to take part in the investigation, it said, adding that the South’s forces provided “full cooperation”.

Seoul’s defence ministry expressed regret over the announcement of the findings and said its troops were following their response manual.

Despite its name, the Demilitarized Zone is one of the most fortified places on earth, replete with minefields and barbed-wire fences.

The last time the two sides exchanged fire on the border was in 2014. North Korean soldiers also shot at a defecting soldier in 2017, but the South did not fire back.

North Korean leader Kim Jong Un and the South’s President Moon Jae-in agreed to ease military tensions on their border at a summit in Pyongyang in September 2018, among other agreements.

But most of the deals have not been acted on, with the Pyongyang largely cutting off contact with Seoul following the collapse of the Hanoi summit between Kim and US President Donald Trump, which left nuclear talks at a standstill.

Protests in Ecuador against job, wage cuts, over virus