The Times of Earth, International Edition
0
482 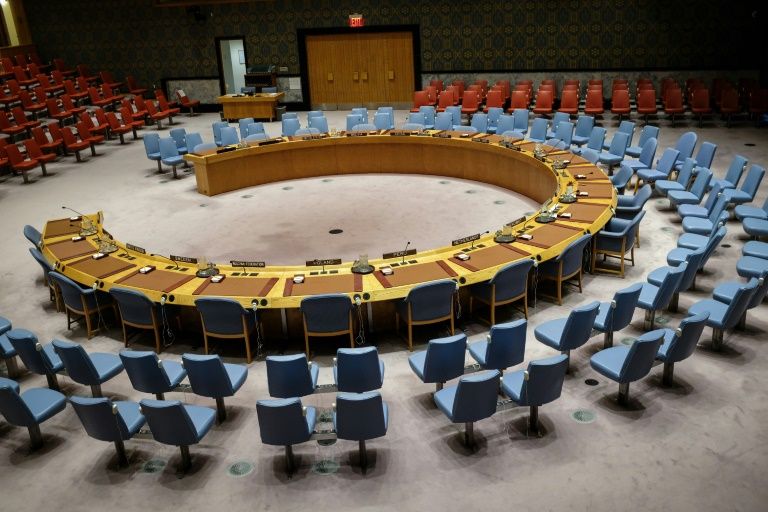 The Bab al-Hawa crossing point on Syria's northwestern border with Turkey will be maintained for a year, until July 10, 2021 (AFP Photo/Drew Angerer)

The UN Security Council on Saturday passed a resolution to restart cross-border humanitarian aid to Syria, but only after caving to Russian pressure to close one of two access points into the war-torn country.

Following a week of division and seven ballots, the Council passed a proposal submitted by Germany and Belgium allowing the use of the Bab al-Hawa crossing point for one year.

The measure passed with 12 of 15 votes, with Russia, China and the Dominican Republic abstaining, diplomats said.

Authorization for the continued transport of aid to Syria, a system in place since 2014, expired Friday night after Moscow and Beijing used their veto power and the Council then rejected a counterproposal from Russia.

With the approval of the German-Belgian proposal on Saturday, the Bab al-Hawa crossing point on Syria’s northwestern border with Turkey will be maintained for a year, until July 10, 2021.

This will allow badly needed humanitarian aid to continue flowing to several million Syrians living in the insurgent region of Idlib, which the Syrian regime does not control.

For weeks, Russia, Syria’s most important ally, has been demanding an end to the use of the Bab al-Salam border crossing, which leads to the Aleppo region in northern Syria.

European countries and the United States had wanted to maintain both crossing points.