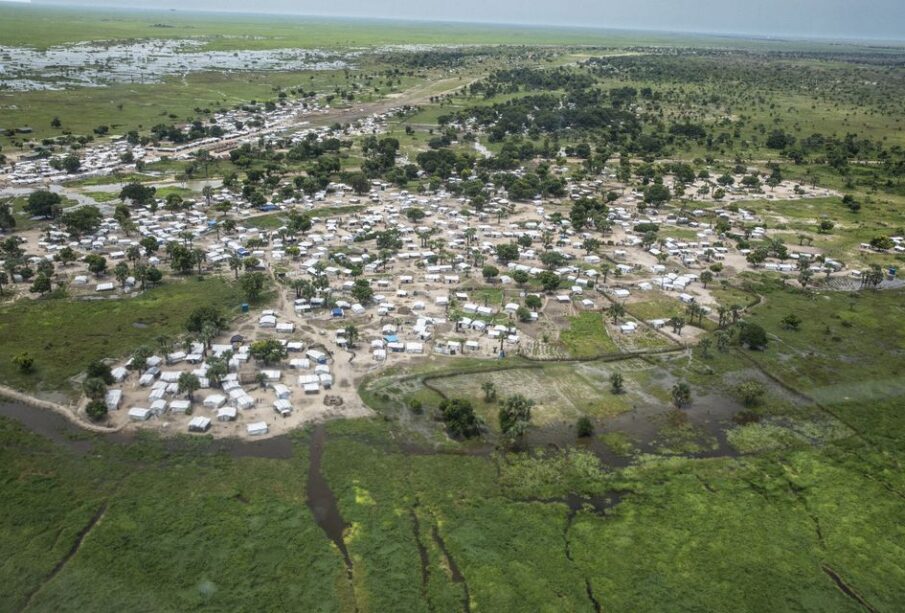 An aerial view from a from a United Nations Humanitarian Air Service (UNHAS) Mi-8MTV-1 helicopter shows a section of Leer town in Unity State, South Sudan in this photo released November 3, 2022. World Food Programme/Handout via REUTERS

South Sudan should investigate officials accused of overseeing systematic gang rapes, some of whose victims were girls as young as nine, UN rights experts said on Monday in a statement the government dismissed as a fabrication.

Investigators say sexual abuse has been used as a weapon by all sides in South Sudan’s civil conflict, which erupted in 2013 and triggered Africa’s biggest refugee crisis since the 1994 Rwandan genocide.

The Commission on Human Rights in South Sudan said it had reasonable grounds to believe a county commissioner in the northern oil-rich state of Unity orchestrated gang rapes at a military camp.

The documented abuses also involved beheadings, with rape victims being forced to carry the severed heads, victims being burnt alive, and days of brutal sexual assaults, the UN experts said in a statement.

“Conflict-related rape and sexual violence in Unity State has become so systematic and is a direct result of impunity,” said commission member Barney Afako.

Multiple witnesses said the Unity official planned and ordered the attacks, which were led by his deputy and followed strikingly similar patterns in different areas, according to the statement.

“They come and sit in hotels here in Juba and fabricate these false reports on South Sudan to make a living … I am saying these are false reports fabricated against the government,” he told Reuters.

The commission said the abuses cut across all political affiliations. It said one governor in the opposition in the state of Western Equatoria was appointed to his post despite having responsibility for the 2018 abduction, rape, torture and sexual slavery of more than 400 women and girls.

“This report is misplaced because they do not know who is fighting who in those areas where these accusations are made,” Lam said.

Attempts to reach officials from Unity and Western Equatoria to comment were unsuccessful.

South Sudan gained independence from Sudan in 2011, but two years later descended into a spiral of brutal ethnic violence and revenge killings.

A peace agreement was signed in 2018, but 9.4 million people will require humanitarian assistance next year, representing more than three-quarters of the population, according to U.N. figures.

The UN Human Rights Council set up the Commission on Human Rights in South Sudan in 2016 to monitor rights and make recommendations on accountability.