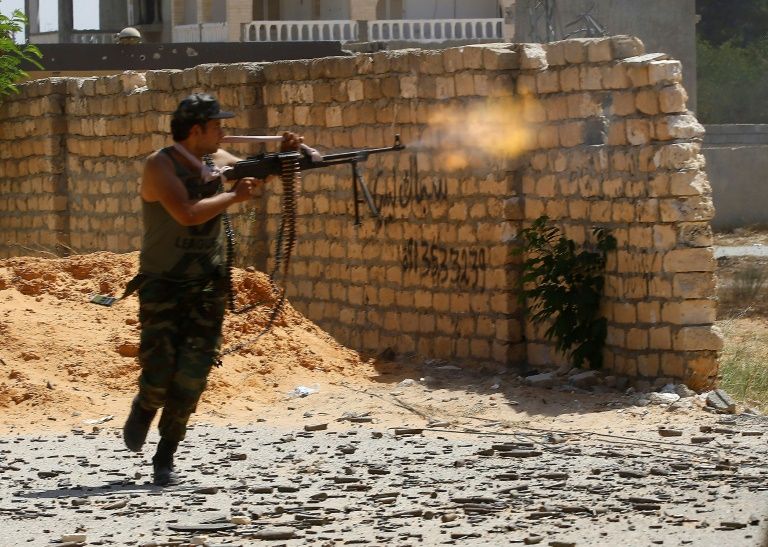 The United Nations said Thursday it was suspending its operations at a refugee reception centre in Tripoli over safety fears as the conflict in the war-ravaged country worsens.

The UN refugee agency’s chief of mission in Libya, Jean-Paul Cavalieri said the decision had been taken after the organisation learned that military and police training exercises were taking place just outside the facility.

“We fear that the entire area could become a military target, further endangering the lives of refugees, asylum seekers and other civilians,” he said in a statement.

The UN-recognized government in Tripoli has been under attack since April by forces loyal to eastern military commander Khalifa Haftar, the latest fighting to hit the North African state.-

UNHCR already expressed deep safety concerns on January 2 after three mortar shells fell close to the Gathering and Departure Facility (GDF), and fragments landed near a warehouse inside the complex.

UNHCR said it had begun moving dozens of highly vulnerable refugees, who have already been identified for resettlement or evacuation to third countries, from the facility.

When contacted by AFP, an agency spokeswoman declined to comment on where they were being moved to “for protection reasons”.

The facility, which falls under the jurisdiction of Libya’s interior ministry, was established in 2018 as a transit site to host vulnerable refugees awaiting evacuation and resettlement.

Since December 2018, nearly 1,700 formerly detained refugees have been evacuated out of Libya to safety through the GDF.

However, UNHCR warned late last year that hundreds of other migrants and asylum seekers had flocked to the centre, leaving it severely overcrowded and unable to function as a transit centre.

In a bid to encourage migrants to leave the facility, the agency said in November it would gradually halt catering to the centre.

This sparked allegations, reported by British daily The Guardian, that it was “starving” asylum seekers to force them out — something UNHCR chief Filippo Grandi at the time rejected as “offensive”.

The agency said Thursday it would help facilitate the evacuation of the hundreds of people remaining at the centre who did not fall in the most vulnerable category to urban areas.

The UN agency said they would all be provided with cash assistance, relief items and medical assistance at UNHCR’s Community Day Centre in Tripoli.

According to UNHCR, tens of thousands of refugees and asylum-seekers already live in urban areas in Libya, which has been mired in chaos since the 2011 uprising that killed dictator Moamer Kadhafi.

Shot fired at Indian protest against citizenship law, one hurt