Ukrainian forces will have to leave Sievierodonetsk -governor

The Times of Earth, International Edition
0
342 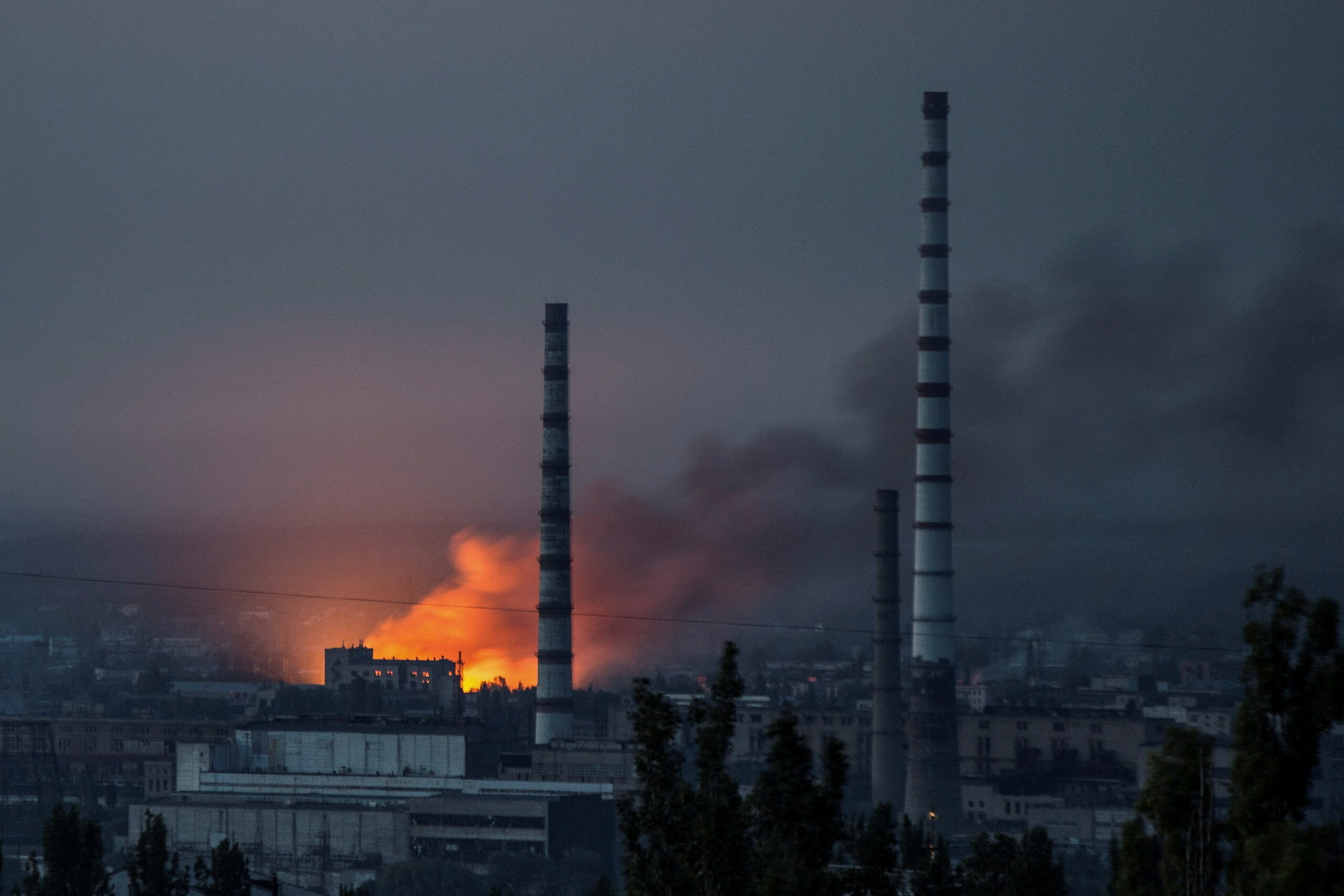 Smoke and flame rise after a military strike on a compound of Sievierodonetsk's Azot Chemical Plant, as Russia's attack on Ukraine continues, in Lysychansk, Luhansk region, Ukraine June 18, 2022. REUTERS/Oleksandr Ratushniak

Ukrainian troops will “have to be withdrawn” from the mostly Russian-occupied battleground city of Sievierodonetsk, the regional governor said on Friday.

Some of the heaviest fighting of the entire Russian invasion of Ukraine has taken place in Sievierodonetsk, where street-by-street battles have raged for a month, with Russia slowly and painstakingly taking more ground.

“Remaining in positions smashed to pieces over many months just for the sake of staying there does not make sense,” Governor Serhiy Gaidai said on television.Advertisement · Scroll to continue

He said that the troops in the city “have already received the order to move to new positions,” but did not indicate whether they had already done so or where exactly they were going.

The battle for the city is key for Russia to establish control over the last remaining Ukrainian-held sliver of the Luhansk region, with only the city of Lysychansk left in Ukrainian hands if Sievierodonetsk falls.

The Luhansk region is one of two provinces that make up the Donbas, an area which Russia and its separatist allies in east Ukraine aim to fully capture as one of their war aims.

“In many respects, the fate of the Donbas is being decided there,” Ukrainian President Volodymyr Zelenskiy said of Sievierodonetsk recently.