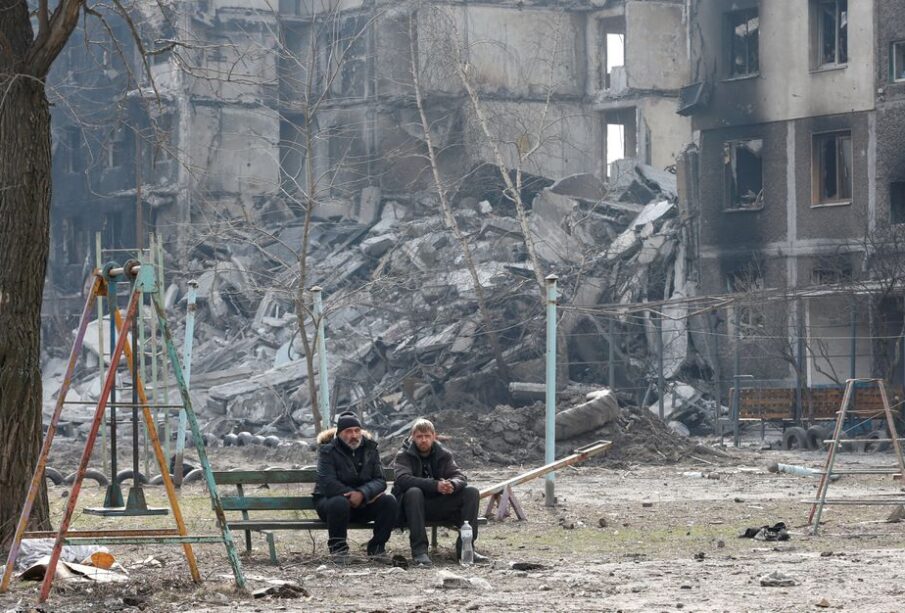 Local residents sit on a bench near an apartment building destroyed in the course of Ukraine-Russia conflict in the besieged southern port city of Mariupol, Ukraine March 25, 2022. REUTERS/Alexander Ermochenko

Speaking on national television, she said civilians trying to leave the besieged southern port of Mariupol would have to leave in private cars as Russian forces were not letting buses through their checkpoints around the southern port city.

Reuters could not independently verify this information.

Ukraine and Russia have traded blame when humanitarian corridors have failed to work in recent weeks.