The Times of Earth, International Edition
0
178 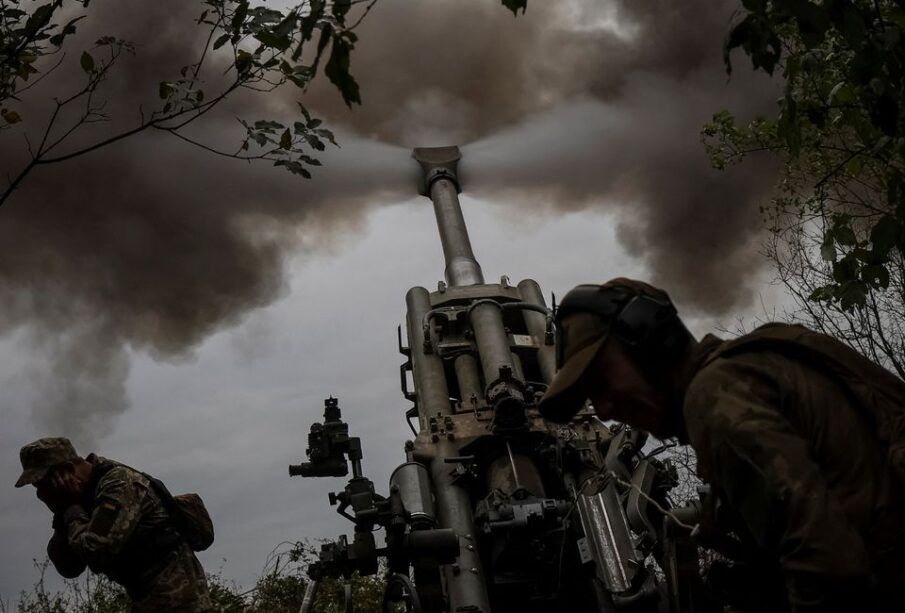 Russia and Ukraine will sign a deal on Friday to reopen Ukraine’s Black Sea ports for grain exports, Turkey said, raising hopes that an international food crisis aggravated by Russia’s invasion can be eased.

Ukraine and Russia, both among the world’s biggest exporters of food, did not immediately confirm Thursday’s announcement by the office of the Turkish presidency. But in a late-night video address, Ukrainian President Volodymyr Zelenskiy hinted that his country’s Black Sea ports could soon be unblocked.

The blockade by Russia’s Black Sea fleet has worsened global supply chain disruptions and, along with Western sanctions imposed on Moscow, stoked high inflation in food and energy prices since Russian forces swept into Ukraine on Feb. 24.

Full details of the deal were not immediately released. It was due to be signed at 1330 GMT on Friday, Turkish President Tayyip Erdogan’s office said. U.N. Secretary-General Antonio Guterres was heading to Turkey.

Zelenskiy, whose address focused mainly on Ukrainian forces’ potential to make gains on the battlefield, said: “And tomorrow we also expect news for our state from Turkey – regarding the unblocking of our ports.”

Moscow has denied responsibility for the worsening food crisis, blaming instead a chilling effect from Western sanctions for slowing its own food and fertiliser exports and Ukraine for mining its Black Sea ports.

The United Nations and Turkey have been working for two months to broker what Guterres called a “package” deal – to restore Ukraine’s Black Sea grain exports while facilitating Russian grain and fertiliser shipments.

Russian Foreign Ministry spokesperson Maria Zakharova said the 27-nation European Union had proposed to ease some earlier sanctions in a bid to safeguard global food security, and Moscow hoped this would create conditions for the unhindered export of grain and fertilisers.

“(We) agreed that our forces have the strong potential to advance on the battlefield and inflict significant new losses on the occupiers,” he said in his video address.

Kyiv hopes that Western weapons, especially longer-range missiles such as U.S. High Mobility Artillery Rocket System (HIMARS), will allow it to counter-attack and recapture eastern and southern territories lost in the invasion.

Ukraine has accused the Russians of intensifying missile and rocket strikes on cities in recent weeks in a deliberate attempt to terrorise its population.

Thousands of people have died and cities and towns have been devastated by Russian bombardment during the conflict, with some far from front lines hit by missiles. Moscow denies deliberately firing on civilians and says all its targets are military.

However, there is a high chance of Russian longer-range weaponry missing their intended targets and causing civilian casualties because Moscow is increasingly using long-range air-defence systems to compensate for a shortage of ground-attack missiles, according to British military intelligence.

Such air-defence systems, tipped with smaller warheads to shoot down aircraft and missiles, are not likely to be able to penetrate hardened military structures on the ground and their crews will have little training for such missions, Britain’s defence ministry said in an intelligence update on Friday.

There have been no major breakthroughs on front lines since Russian forces seized the last two Ukrainian-held cities in eastern Luhansk province in late June and early July.

Russian forces are now focused on capturing all of neighbouring Donetsk province on behalf of separatist proxies who have declared two breakaway mini-states covering the wider industrialised Donbas region.

In its morning update, Ukraine’s general staff said Russian forces backed by heavy artillery fire continued seeking gains towards the cities of Kramatorsk and Bakhmut and the Vuhlehirska thermal power plant in Donetsk province, but made no notable progress on the ground.

Russia says it is waging a “special military operation” to demilitarise its neighbour and rid it of dangerous nationalists.

Kyiv and the West say it is an imperialist attempt to reconquer a country that broke free of Moscow’s rule with the break-up of the Soviet Union in 1991.

The biggest conflict in Europe since World War Two has killed more than 5,000 people, forced more than 6 million to flee Ukraine and left 8 million internally displaced, according to the United Nations.

Reports of dead in Libya as clashes strike capital