The Times of Earth, International Edition
0
413 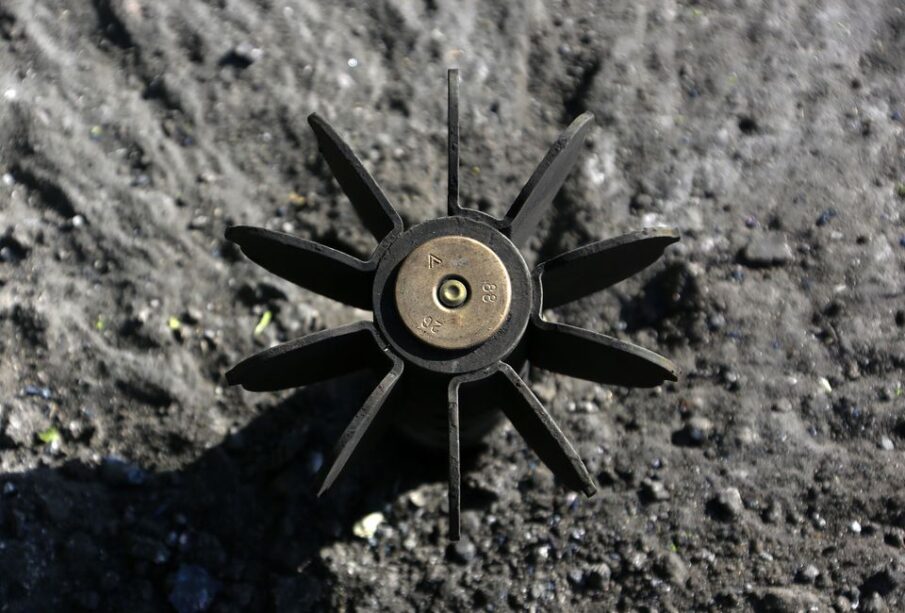 The remains of a Ukrainian army 120mm mortar shell is seen at a front line of the pro-Russian position on the outskirts of the eastern Ukrainian town of Slaviansk May 17, 2014. REUTERS/Yannis Behrakis

Russian-backed separatists in eastern Ukraine accused government forces on Thursday of opening fire on their territory four times in the past 24 hours and said they were trying to establish if anyone had been hurt or killed.

It was not immediately clear how serious the incidents were and there was no immediate reaction from the Organization for Security and Cooperation in Europe (OSCE), which has been monitoring the situation in eastern Ukraine but has pulled out some of its monitors in recent days.

Ukraine’s military denied the separatists’ accusations that government troops had attacked, saying it was the rebels who shelled the Ukrainian military.

Such incidents have occurred many times over the past eight years but this clash comes after Russia has massed more than 100,000 troops close to Ukraine’s borders while demanding that NATO pledge not to accept Ukraine as a member.

The West has threatened Russia with new sanctions if it attacks Ukraine; Russia denies planning any attacks.

Any escalation in the years-long conflict between the Russian-backed separatists, who seized a swath of territory in eastern Ukraine in 2014, could fuel tension between Russia and the West.

U.S. intelligence agencies said this month they believed Russia might fabricate a pretext for an invasion of Ukraine, possibly by producing videos showing a staged attack. Russia dismissed that.

The assertions about shelling were made in a statement issued by representatives of the self-proclaimed Luhansk People’s Republic.

It said Ukrainian forces had used mortars, grenade launchers and a machine gun in four separate incidents on Thursday.

“Armed forces of Ukraine have crudely violated the ceasefire regime, using heavy weapons, which, according to the Minsk agreements, should be withdrawn,” the separatists said in a statement.

Russia said this week it was pulling back some troops from areas adjacent to Ukraine after concluding exercises but Kyiv said it had seen no evidence of that and the United States said it suspected Moscow has in fact increased its presence by as many as 7,000 troops.

France and allies to withdraw troops from Mali