Ukraine, rebels accuse each other of fresh shelling

The Times of Earth, International Edition
0
282 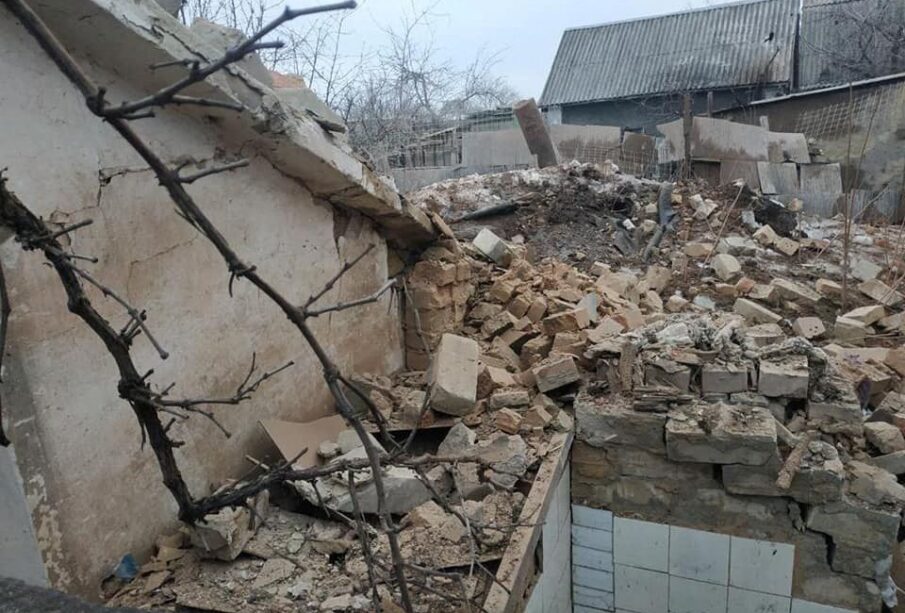 A view shows a residential building, which according to Ukraine's local officials was damaged by shelling, in the town of Vrubivka, in the Luhansk region, Ukraine, in this handout picture released February 17, 2022. Press Service of the National Police of Ukraine in Luhansk Region/Handout via REUTERS

Ukrainian government forces and Russian-backed rebels in the country’s east traded fresh accusations of shelling and other ceasefire violations on Friday, escalating tensions amid fears of a Russian invasion.

Kyiv and the rebels blamed each other for the escalation after artillery and mortar attacks on Thursday, prompting fears that Russia, which has massed over 100,000 troops near Ukrane’s borders, could get involved. read more

The Kremlin said on Thursday it was “deeply concerned” with the flare-up in Ukraine and was watching the situation closely. The United States said Russia was looking for a pretext for war after its demands that Ukraine drop its bid to join the NATO military alliance were rebuffed.

The Kyiv government said the rebels fired artillery or mortars four times on Friday. Separately, the Ukrainian military said late on Thursday they had no plans to launch an offensive on the rebels’ positions.

Kyiv and the pro-Russian separatists have been at war for eight years and the ceasefire between the sides is routinely violated, but the intensity of fighting increased notably this week.

Russia’s lower house of parliament voted this week to ask President Vladimir Putin to recognise the two Russian-backed breakaway regions in eastern Ukraine as independent, while the European Union told Moscow not to follow through.