Ukraine promises shelters for its people as winter sets in

The Times of Earth, International Edition
0
240 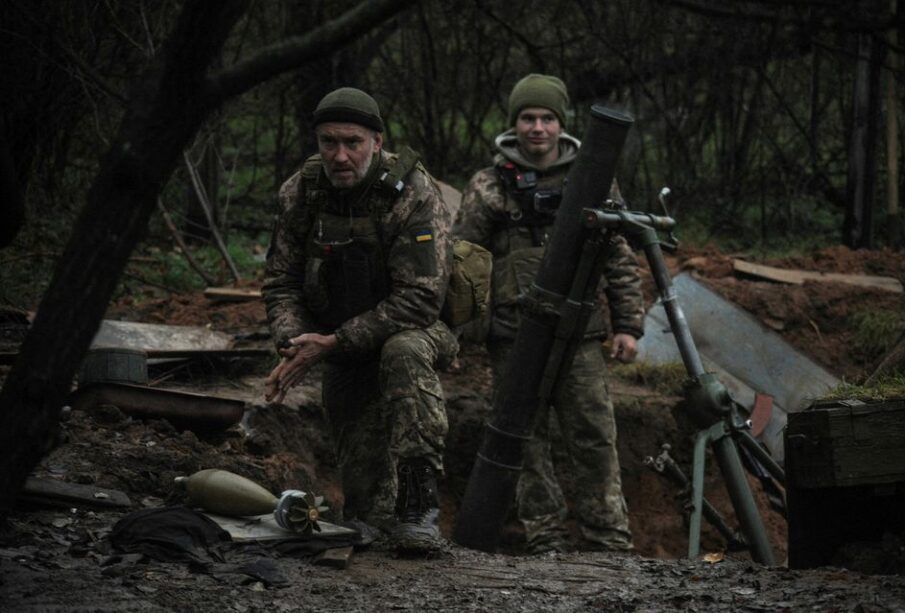 Ukrainian servicemen fire a mortar on a front line, as Russia's attack on Ukraine continues, in Donetsk region, Ukraine, in this handout image released November 20, 2022. Iryna Rybakova/Press Service of the 93rd Independent Kholodnyi Yar Mechanized Brigade of the Ukrainian Armed Forces/Handout via REUTERS

Ukraine promised shelters with heat and water and encouraged its people to save energy as a harsh winter loomed amid relentless Russian strikes that have left its power structure in tatters.

Special “invincibility centres” will be set up around Ukraine to provide electricity, heat, water, internet, mobile phone connections and a pharmacy, free of charge and around the clock, President Volodymyr Zelenskiy said in his nightly video address on Tuesday.

Russian attacks have knocked out power for long periods for up to 10 million consumers at a time. Ukraine’s national power grid operator said on Tuesday the damage had been colossal.

“If massive Russian strikes happen again and it’s clear power will not be restored for hours, the ‘invincibility centres’ will go into action with all key services,” Zelenskiy said.

Ukraine’s Prime Minister Denys Shmyhal said this week that some 8,500 power generator sets are being imported to Ukraine daily.

The first snow of the winter has fallen in much of the country over the past week.

Authorities have warned of power cuts that could affect millions of people to the end of March – the latest impact from Russia’s nine-month invasion that has already killed tens of thousands, uprooted millions and pummelled the global economy.

Russia’s attacks on Ukrainian energy facilities follow a series of battlefield setbacks that have included a retreat of its forces from the southern city of Kherson to the east bank of the Dnipro River that bisects the country.

A week after being retaken by Ukrainian forces, residents in Kherson were tearing down Russian propaganda billboards and replacing them with pro-Ukrainian signs.

“The moment our soldiers entered, these posters were printed and handed over to us. We found workers to install the posters, and we clean up the advertisement off as quickly as possible,” said Antonina Dobrozhenska, who works at the government’s communications department.

Russian missiles hit a maternity hospital in the Zaporizhzhia region killing a baby, the regional governor said on the Telegram messaging service.

Reuters was not able to independently verify the report. Russia denies targeting civilians.

Battles raged in the east, where Russia is pressing an offensive along a stretch of front line west of the city of Donetsk, which has been held by its proxies since 2014. The Donetsk region was the scene of fierce attacks and constant shelling over the past 24 hours, Zelenskiy said.

In Crimea, the Black Sea peninsula that Russia annexed from Ukraine in 2014, Russian air defences were activated and two drone attacks were repelled on Tuesday, including one targeting a power station near Sevastopol, the regional governor said. Sevastopol is the home port of Russia’s Black Sea fleet.

Russian-installed Governor Mikhail Razvozhaev called for calm and said no damage had been caused.

The World Health Organization warned this week that hundreds of Ukrainian hospitals and healthcare facilities lacked fuel, water and electricity.

“Ukraine’s health system is facing its darkest days in the war so far. Having endured more than 700 attacks, it is now also a victim of the energy crisis,” Hans Kluge, the WHO regional director for Europe, said in a statement after visiting Ukraine.

Russia says it is carrying out a “special military operation” to rid Ukraine of nationalists and protect Russian-speaking communities.

Ukraine and the West describe Russia’s actions as an unprovoked, imperialist land grab in the neighbouring state it once dominated within the former Soviet Union.

Western responses have included financial and military aid for Kyiv – it received 2.5 billion euros ($2.57 billion) from the EU on Tuesday and is expecting $4.5 billion in U.S. aid in coming weeks – and waves of sanctions on Russia.

The BBC reported Britain is sending three helicopters to Ukraine, the first piloted aircraft it is sending since the war began. Ukraine will deploy them with Ukrainian crews trained in Britain, it said.

The West has also sought to cap Russian energy export prices, with the aim of reducing the petroleum revenues that fund Moscow’s war machine while maintaining flows of oil to global markets to prevent price spikes.

The Group of Seven nations should soon announce the price cap and will probably adjust the level a few times a year, a senior U.S. Treasury official said on Tuesday.

Twin blasts in Jerusalem kill one in suspected Palestinian attack

African leaders agree on ceasefire in east Congo from Friday