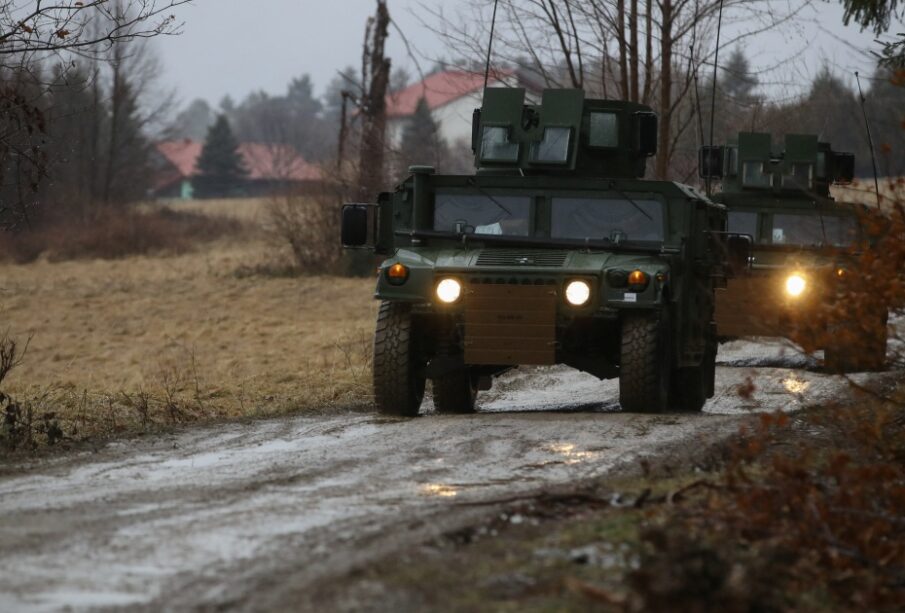 Ukraine declared a state of emergency on Wednesday and Moscow said separatists in the east had asked for help to repel “aggression” as the United States stepped up efforts to deter an all-out invasion by imposing fresh sanctions.

Shelling has intensified in the east, where Russian President Vladimir Putin has recognised two separatist regions as independent and ordered the deployment of what he called peacekeepers and the West says is the beginning of an invasion.

Convoys of military equipment, including nine tanks, moved towards eastern Ukraine’s Donetsk from the direction of the Russian border, a Reuters witness reported.

But there was still no clear indication of whether Putin will launch a massed assault on Ukraine with the tens of thousands of troops he has gathered near the border.

A total of 80% of the troops assembled are in a position to launch a full-scale invasion on Ukraine, a senior U.S. defense official said.

The leaders of the two breakaway areas have sent Putin “a request to provide help to repel aggression from the armed forces of Ukraine,” Russian news agencies quoted Kremlin spokesperson Dmitry Peskov as saying on Wednesday.

Photos of separate appeals from the heads of the two separatist areas were also posted by Tass.

“I am asking for help to repel the Ukrainian regime’s military aggression against the population of the Donetsk People’s Republic,” said Denis Pushilin, who heads the region of Donetsk recognized as independent by Moscow.

Asked about the move, White House spokesperson Jen Psaki said: “As we’ve said from the beginning, there are going to be a range of false flag operations that we have expected to – and laid out the playbook – to see.

“This is an example of it. That is suggesting that they feel under threat. By whom? The Ukrainians that the Russians are threatening to attack?”

Russia has consistently denied it plans to invade its neighbor.

The United States is imposing sanctions on the company in charge of building Russia’s Nord Stream 2 gas pipeline by targeting the firm and its corporate officers.

“These steps are another piece of our initial tranche of sanctions in response to Russia’s actions in Ukraine. As I have made clear, we will not hesitate to take further steps if Russia continues to escalate,” said U.S. President Joe Biden.

U.S. and allies step up sanctions pressure on Russia over Ukraine