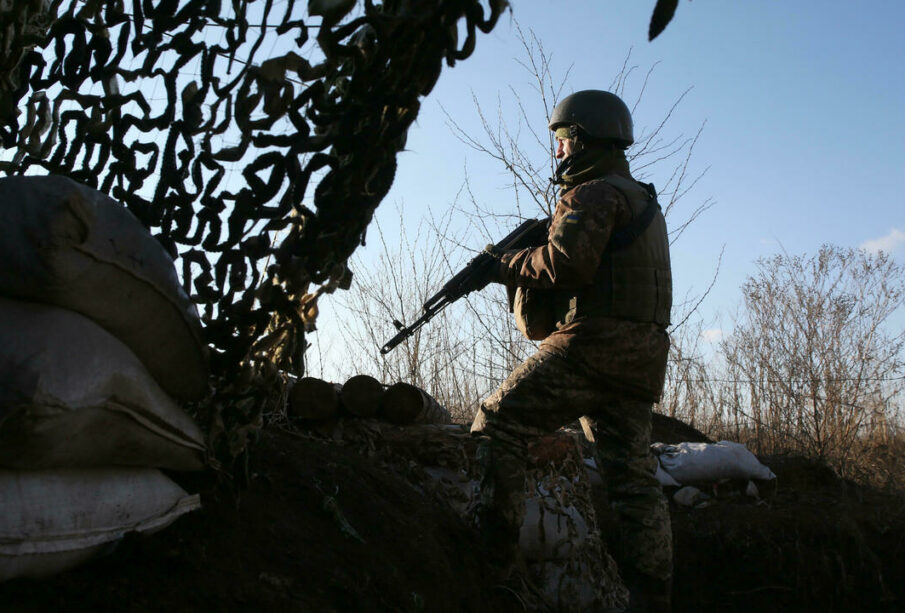 Momentum was building Thursday for direct talks between US President Joe Biden and Russian leader Vladimir Putin as both sides sought to avoid a “nightmare” confrontation over Ukraine.

The Russian and US foreign ministers came face to face in Sweden to discuss recent allegations raised by Kiev and its Western allies that Russia could invade ex-Soviet Ukraine this winter.

Western powers have been sounding the alarm for weeks about Russia massing troops along the border with Ukraine, further stoking tensions in an area where a long-running conflict has already left 13,000 dead.

Moscow, which seized Crimea from Ukraine in 2014 and backs separatists fighting Kiev, has strongly denied it is plotting an attack and blames NATO for fuelling tensions.

As Lavrov warned that the “nightmare scenario of a military confrontation was returning” in Europe Blinken said it was “likely the presidents will speak directly in the near future”.

Russia also said that it hopes for “contact” between Putin and Biden in the coming days.

“The date has not yet been agreed. There are difficulties in aligning the calendars of the two leaders, but contact is very necessary, our problems are multiplying,” said Russia’s Deputy Foreign Minister Sergei Ryabkov.

“There is no movement on bilateral affairs, which are more and more reaching an acute crisis phase. There is no mutual understanding about how to de-escalate the situation in Europe,” he was quoted as saying by Russian news agencies.

“The situation in Europe is very alarming,” he added. “It’s clear that this will be one of the main topics of discussion at the presidential level.”

Attending a meeting in Stockholm of the Organisation for Security and Cooperation in Europe (OSCE), Lavrov accused NATO of inching its military infrastructure closer to Russia’s borders.

Blinken said the US had “deep concerns about Russia’s plans for renewed aggression against Ukraine,” and warned Moscow of “serious consequences” if Russia “decides to pursue confrontation”.

But the top US diplomat also struck a conciliatory note, saying the US was ready to “facilitate” the “full implementation” of the Minsk peace accords.

The Minsk deal was reached after Russia’s 2014 annexation of Crimea and aimed at resolving the conflict with pro-Russia separatists in eastern Ukraine but never enforced.

“The best way to avert a crisis is through diplomacy,” Blinken said.

A senior US official said Blinken had proposed a meeting of US and Russian experts to draw up a road map aimed at ensuring that all parties respect the accords.

Speaking in the plenary session, Blinken called on Moscow to “de-escalate” and pull back the troops the West claims have been massing at the Ukrainian border.

But he called on Kiev’s partners to “prepare a deterrence package” that would make Russia think twice before resorting to military force.

At a NATO meeting in Riga on Wednesday, Blinken had accused Russia of trying to “destabilise Ukraine from within as well as large scale military operations”.

He said it was not known whether Putin had decided to invade, but added: “We do know that he’s putting in place the capacity to do so on short order, should he so decide.”

Blinken warned there would be “far-reaching and long-lasting consequences” for Moscow if it pushed ahead with any aggression, including “a range of high-impact economic measures that we’ve refrained from using in the past”.

Ukrainian President Volodymyr Zelensky had said on Wednesday that Crimea was Ukrainian territory and Kiev’s goal was to “liberate” it.

“We see this as a direct threat to Russia,” Kremlin spokesman Dmitry Peskov told reporters on Thursday.

Germany to ban unvaccinated people from shops and bars