The Times of Earth, International Edition
0
715 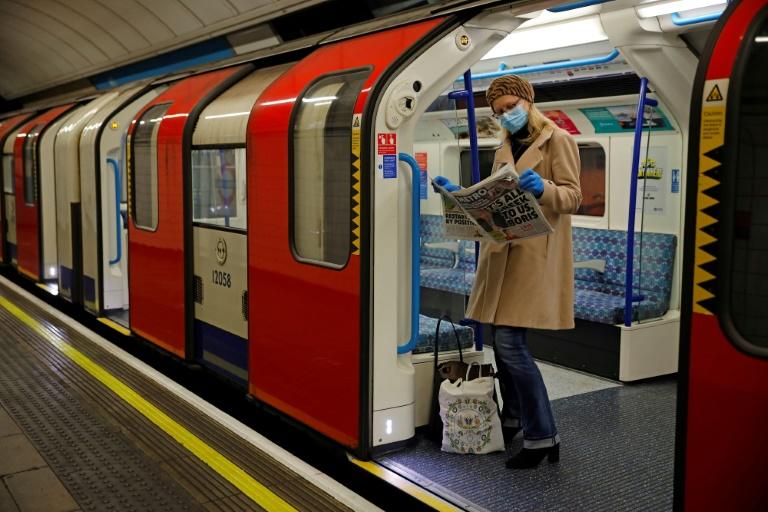 The British government on Monday published what it said was a “cautious roadmap” to ease the seven-week coronavirus lockdown in England, notably recommending people wear facemasks in some public settings.

But the devolved governments in Scotland and Wales have opted for a more cautious approach, keeping the strictest stay-at-home measures in place to contain the outbreak.

Northern Ireland is due to publish its recommendations as early as Tuesday, according to media reports.

Prime Minister Boris Johnson said some rules would be relaxed as part of a “carefully planned timetable” of measures.

Among the first set out in the 50-page plan is the reintroduction of unlimited outdoor exercise from Wednesday. People can also meet one person from outside their household and drive to places for recreation.

It urges those working in construction, manufacturing and other manual jobs to return to work, while encouraging those able to work from home to continue to do so.

The government is now also advising people to wear face coverings in enclosed spaces such as shops and public transport.

In a second phase, nurseries and children up to the age of 11 could then start to return to school from June 1 at the earliest, and some non-essential shops could reopen.

Cultural events and elite sport could also restart from the same day — but behind closed doors, with the aim of re-opening “at least some” of the remaining businesses, including pubs, from July 4.

He also announced plans to introduce a 14-day quarantine for people arriving in Britain by air to prevent new infections from abroad.

“This plan seeks to return life to as close to normal as possible, for as many people as possible, as fast and fairly as possible, in a way that is safe,” he said in a foreword to the proposals.

“We must acknowledge that life will be different, at least for the foreseeable future,” Johnson added, noting he would put “safety first, while trying to bring back the things that are most important in your lives”.

But opposition parties, unions and business leaders say there is a lack of clarity about the new recommendations — and have voiced concerns about the safety of people returning to work.

The governments in Scotland and Wales have kept stricter stay-at-home measures in place, out of concern at what are higher transmission rates than elsewhere in the UK.

People there still face fines if they leave their homes for reasons other than to exercise once a day for up to an hour, to help the vulnerable, to go to work or for essential shopping.

Britain has been one of the worst-hit countries in the global pandemic, with the government officially recording more than 32,000 deaths of people who had tested positive for COVID-19, with another 210 fatalities announced Monday.

The actual number of deaths from the virus is far higher, with the ONS — which tallies all deaths and releases weekly updates for periods up to two weeks prior — finding the 32,000 toll was reached in late April.

The government’s chief scientific adviser Patrick Vallance said the impact of the changes on the virus’ transmission rate would be kept under constant review.

“The main thing that the science is recommending is to avoid reconnecting households so you end up with transmission between households,” he told reporters.

The leader of the main opposition Labour party, Keir Starmer, said Johnson’s plan left many questions unanswered and called for more guidelines for workplaces to operate.

The general secretary of the Trades Union Congress umbrella group, Frances O’Grady, said the announcement gave employers and employees little time to prepare, calling it a “recipe for chaos”.

The changes come as an analysis of official figures showed lower skilled workers in parts of Britain appear at greater risk of dying from coronavirus than white collar employees.

The assessment is the latest to highlight significant disparities in the impact of COVID-19 in Britain based on socio-economic criteria, including ethnicity.