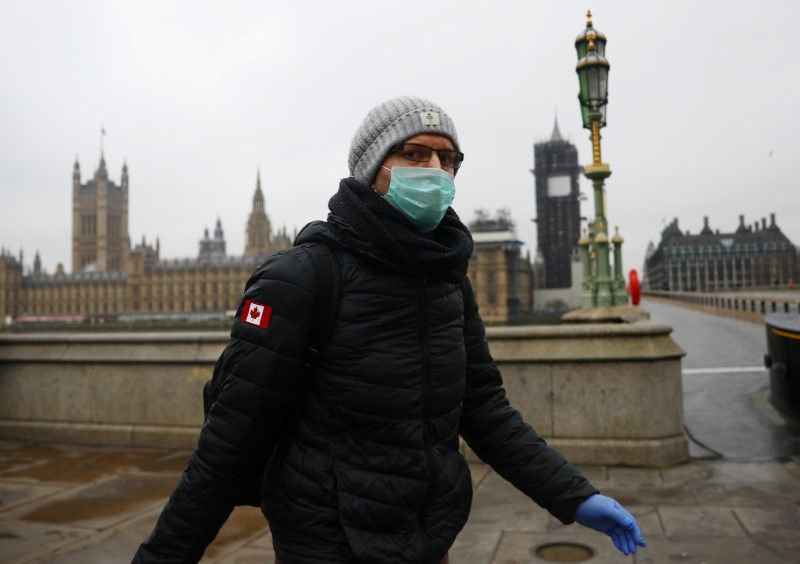 Britain will not be able to turn back the epidemic caused by the new coronavirus so is working on managing the COVID-19 outbreak by bolstering capacity in the National Health Service, the government’s chief medical officer said on Thursday

Chris Whitty, the government’s most senior medical adviser, said scientists were now reasonably sure about the mortality rates of COVID-19, but warned that in the UK they would appear higher than expected until greater numbers of people are tested.

“There are a lot of things being done to reduce demand on the NHS (National Health Service) and to build capacity of the kind that is most relevant to this virus,” Whitty told reporters at a London briefing.

Britain has so far reported 104 deaths among 2,626 confirmed cases of COVID-19 infection with the new coronavirus, but scientific advisers have said more than 50,000 people might have already been infected.

Whitty said the majority of people who get the disease – a respiratory illness which causes fever, cough and in severe cases lung problems and pneumonia – will get mild symptoms.

He added that it was clear from the evidence from hundreds of thousands of cases around the world in outbreaks across more than 160 countries that children get the infection much less strongly than adults do.

Both Whitty and the government’s chief scientific adviser Patrick Vallance stressed, however, that government measures to drastically reduce social contact, closing schools, cinemas, bars and restaurants, were vital to lowering the peak of the epidemic.

On Wednesday, Prime Minister Boris Johnson ordered the closure of all schools from Friday as he ramped up controls that have already seen cafes, museums and other social businesses close.