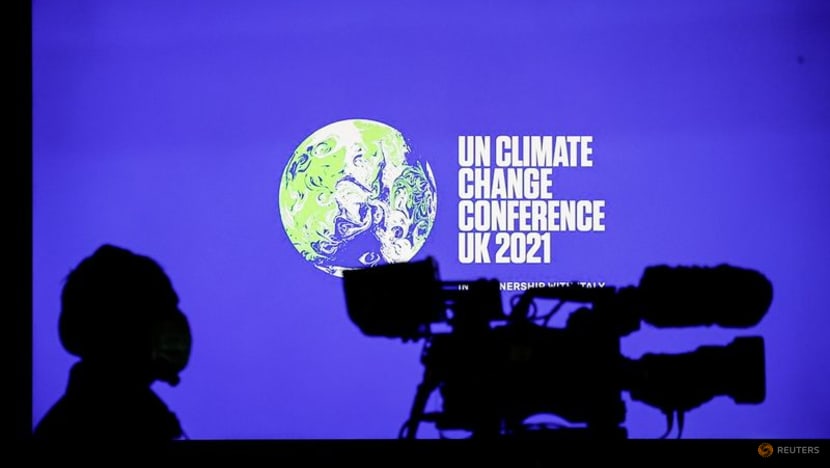 A cameraman sits in front of a screen displaying COP26 logo during a news conference at the UN Climate Change Conference (COP26), in Glasgow, Scotland, Britain, November 5, 2021. REUTERS/Phil Noble

The United Kingdom, host of the UN climate change summit in Glasgow, on Wednesday released a draft political decision, which will be negotiated over the next few days, urging countries to strengthen their national climate plans by the end of 2022.

The first draft of the “COP cover decision” asks countries to “revisit and strengthen the 2030 targets in their nationally determined contributions, as necessary to align with the Paris Agreement temperature goal by the end of 2022.”

The draft also reminds countries that under the Paris Agreement they can submit new, more ambitious climate pledges at any time and for the first time calls for countries to phase out coal and fossil fuel subsidies.

It is being closely watched for what it might commit countries to do to bridge the gap between their current climate targets and the more ambitious action scientists say is needed to avert disastrous levels of warming.

Diplomats from the nearly 200 countries represented at COP26 will hunker down on Wednesday to negotiate a final text they are all willing to sign when the summit ends this weekend.

Poorer, climate-vulnerable countries have called for countries to cap warming at 1.5C – a temperature increase scientists say is just short of calamitous.

The push for more regular reviews of climate plans is seen as necessary because countries’ current 2030 pledges would lead to 2.4C of warming.

U.S. and China unveil emissions deal in bid to save UN climate ...