U.S., EU imposes sanctions on Russia over poisoning of Navalny

The Times of Earth, International Edition
0
468 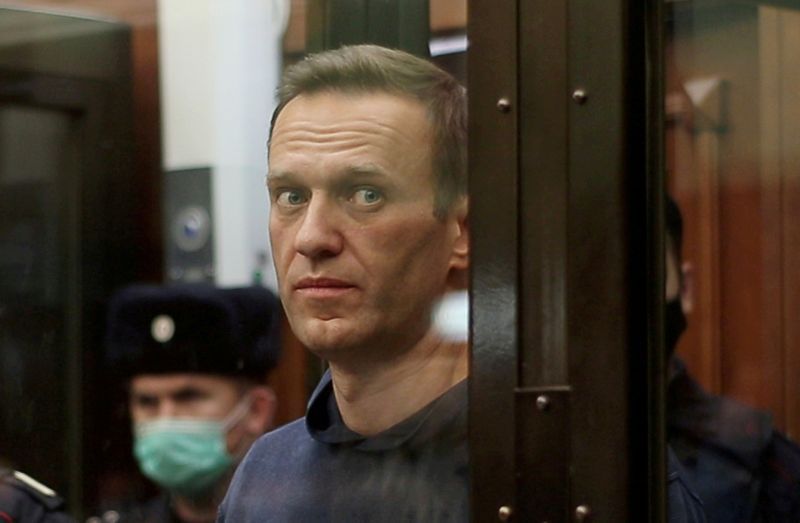 Russian opposition leader Alexei Navalny, who is accused of flouting the terms of a suspended sentence for embezzlement, inside a defendant dock during the announcement of a court verdict in Moscow, Russia February 2, 2021. Press service of Simonovsky District Court/ REUTERS

The United States also imposed sanctions on Russian individuals and entities in a move coordinated with the EU, senior officials in the administration of U.S. President Joe Biden said.

The others are Igor Krasnov, Russia’s prosecutor-general since 2020; Viktor Zolotov, the head of Russia’s National Guard who publicly threatened Navalny with violence in September 2018; and Alexander Kalashnikov, head of the federal prison service.

Navalny, 44, was arrested in January on his return from Germany following treatment for poisoning with what many Western countries say was a military-grade nerve agent while in Siberia last August. He was jailed on Feb. 2 for parole violations on what he says were politically motivated charges.

The Kremlin denies any involvement in what happened to Navalny and has said it has seen no evidence he was poisoned.

The EU sanctions are being imposed under a new framework that allows the bloc to take measures in response to human rights violations anywhere in the world, EU foreign policy chief Josep Borrell told reporters last week.

The EU has already sanctioned six Russians and a state scientific research centre in response to the treatment of Navalny.

The senior officials in Biden’s administration, speaking to reporters on a conference call, also reiterated a call by Biden for Russia to release Navalny from prison. Biden has taken a tougher approach to Putin than Trump.