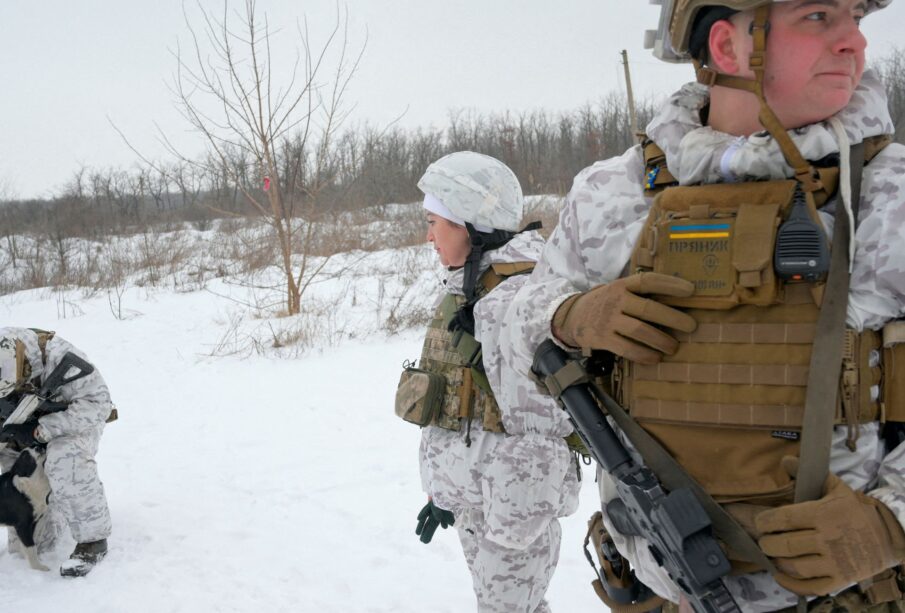 China has told the United States it wants to see all sides involved in Ukraine remain calm and avoid increasing tension while the United States stressed de-escalation and warned of the security and economic risks from Russian aggression.

“We call on all parties to stay calm and refrain from doing things that agitate tensions and hype up the crisis,” Wang told Blinken, China’s foreign ministry said in a statement.

Russia, which has been building up its forces on Ukraine’s borders for months, has demanded NATO pull back troops and weapons from eastern Europe and bar Ukraine, a former Soviet state, from ever joining the alliance.

The United States and its NATO allies reject that position but say they are ready to discuss other topics such as arms control and confidence-building measures.

“Secretary Blinken … conveyed that de-escalation and diplomacy are the responsible way forward,” Blinken was quoted as saying to Wang in a statement issued by the U.S. state department. read more

Global security and the economic risks posed by further Russian aggression against Ukraine figured in the talks, the department said.

Wang, apparently referring to Russia’s objections to NATO’s expansion in eastern Europe, told Blinken that one country’s security could not be at the expense of the security of others and regional security could not be guaranteed by strengthening or even expanding military blocs, his ministry said. read more

The United States has warned Russia not to invade Ukraine and urged both countries to return to a set of pacts known as Minsk I and Minsk II signed in 2014 and 2015, respectively, to end a separatist war by Russian-speakers in eastern Ukraine.

But a series of military and political steps set out by the later Minsk II agreement remain unimplemented, with Russia’s insistence that it is not a party to the conflict and therefore is not bound by its terms being a major blockage.

“To resolve the Ukrainian issue, we still need to return to the new Minsk Agreement – the starting point,” said Wang.

“The new Minsk agreement, which was approved by the Security Council, is a fundamental political document recognised by all parties and should be effectively implemented. As long as efforts are made in line with the direction and spirit of the agreement, China will support them.”

China has been strengthening ties with Russia as tension between China and the United States has been growing over a range of issues, from trade to human rights, Taiwan and China’s maritime claims.

Russian President Vladimir Putin, against whom the United States has threatened personal sanctions if Russia invades Ukraine, is expected to visit China next week for the Winter Olympics, which begin on Feb. 4.

Wang told Blinken that the United States “continues to make mistakes in its words and deeds on China, causing new shocks to the relationship”.

“The top priority at the moment is that the U.S. should stop interfering with the Beijing Winter Olympics, stop playing with fire on the Taiwan issue, and stop creating various anti-China cliques,” he said, according to the foreign ministry.

The United States, Canada, Australia and Britain have announced they will not send any state officials to the Games because of China’s human rights record. China has denied rights abuses and rejected what it calls the politicization of sport.