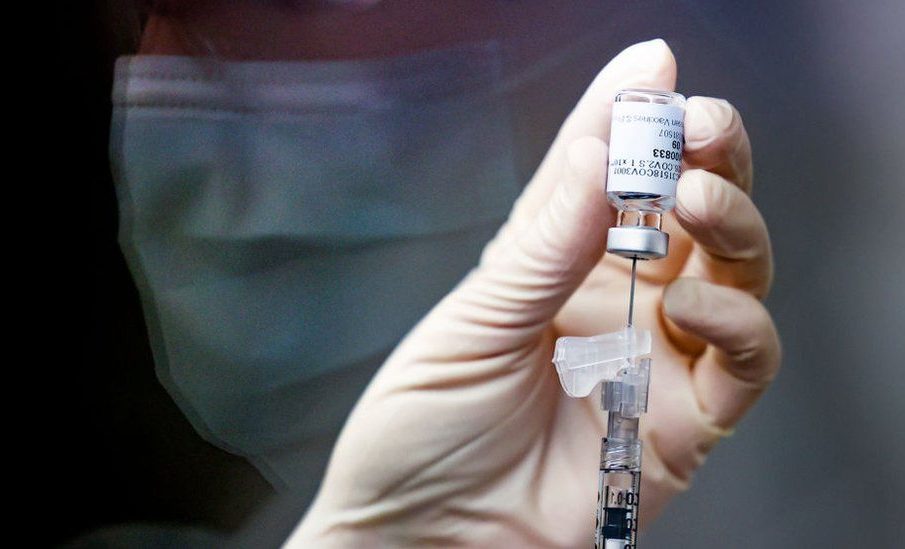 The Covid-battered United States authorized Johnson & Johnson’s vaccine for emergency use Saturday, offering a glimmer of hope as Britain said farewell to fundraising war veteran Captain Tom Moore who died of the virus earlier this month.

US President Joe Biden hailed his country’s announcement of its third available vaccine but said the nation’s battle was far from over.

“This is exciting news for all Americans, and an encouraging development in our efforts to bring an end to the crisis,” Biden said in a statement, but warned Americans “cannot let our guard down now or assume that victory is inevitable.”

The company has agreed to provide the US with 100 million doses by the end of June. The first doses could be available to the US public as early as next week. The UK, EU and Canada have also ordered doses, and 500 million doses have also been ordered through the Covax scheme to supply poorer nations.

The single-shot J&J vaccine is highly effective at preventing severe Covid-19, including against newer variants, the US Food and Drug Administration (FDA) said before giving it a green light.

The news comes following passage in the House of Representatives of a vast $1.9 trillion package — including $1,400 payouts to most Americans and billions of dollars to boost vaccine delivery, help schools reopen and fund local governments — which will now move to the Senate.

The bill is on track to be the second largest US stimulus ever, illustrating the huge effort needed to tackle the multiple crises unleashed by a pandemic that has killed more than half a million in the United States, with the toll climbing by another 1,849 fatalities in 24 hours on Saturday.

Meanwhile Europeans continue to live under some of the world’s strictest restrictions — and in France they just got tougher.

Two cities, northern Dunkirk and southern Nice, locked down over the weekends to halt the spread.

“We have to do something as Covid is getting worse in the region,” Charlie Kentish, a British resident taking an early morning walk in Nice, told AFP. He was resigned to spending his weekends playing video games with his teenage children.

After his campaign went viral, he raised nearly £33 million ($45 million, 37.4 million euros) for healthcare charities, and was knighted for his efforts.

His funeral, a small family ceremony, was shown live on national television and he was honored with a flypast of a World War II plane.

The rollout of vaccines has improved the prospects greatly for many older people, with Britain excelling in its distribution to vulnerable groups.

With the pandemic now having killed more than 2.5 million people worldwide, restrictions are being reimposed and tightened in countries ranging from Brazil to the Czech Republic.

Even in relatively unscathed New Zealand, the biggest city Auckland was thrust back into lockdown on Saturday shortly after a three-day shutdown ended.

A small cluster has been linked to a school, but the country’s caseload still pales in comparison with the numbers seen in Europe and the Americas.

But globally there is growing concern over cases of “long Covid,” where people suffer symptoms for months after the initial illness.

Areli Torres, a 31-year-old engineer from Mexico, told AFP she fell ill for a few days last June, but months later she is still suffering symptoms including numbness in parts of her body.

“Everything’s uncertain. Everything’s been an ordeal. I’ve seen four doctors,” she said, adding it had taken seven months just to get the correct diagnosis.

The World Health Organization this week urged governments to prioritize understanding the long-term effects of infections.

As the health effects linger, so does the fallout for cultural events.

The pandemic has torpedoed the whirlwind of glitzy Los Angeles parties that normally mark the start of the Hollywood awards season.

While the famous Sunset Strip is adorned with its usual giant “For Your Consideration” movie billboards, voters are watching nominated films from home, and journalists are interviewing actors on their laptops.

Variety awards editor Tim Gray told AFP he had not been to a single in-person event for a film this year.