U.S. and NATO say Russia is building up troops near Ukraine, not withdrawing

The Times of Earth, International Edition
0
342 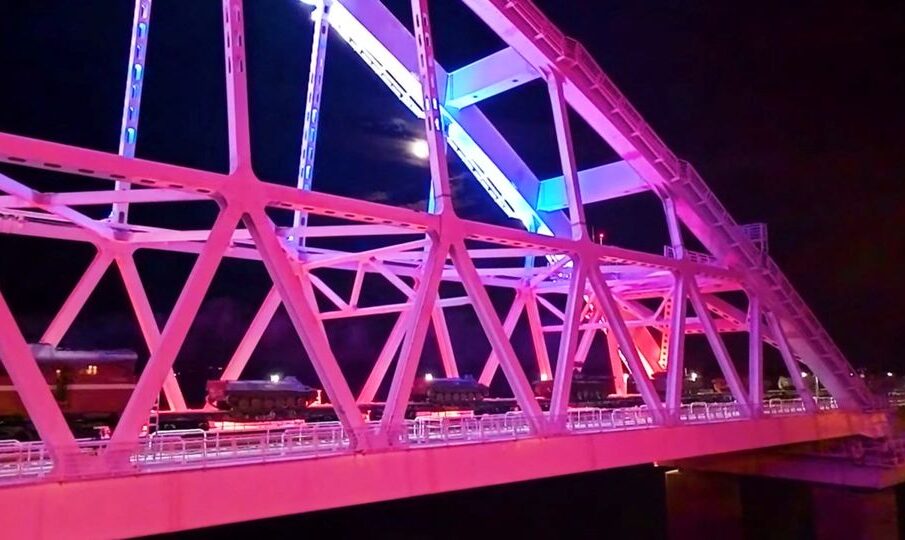 A view shows a freight train transporting Russian military vehicles, which leave the Crimean peninsula towards the Russian mainland along a railway bridge across the Kerch Strait, in this still image taken from video released February 16, 2022. Russian Defence Ministry/Handout via REUTERS

The United States and NATO said Russia was still building up troops around Ukraine on Wednesday despite Moscow’s insistence it was pulling back, questioning President Vladimir Putin’s stated desire to negotiate a solution to the crisis.

In Ukraine, where people raised flags and played the national anthem to show unity against fears of an invasion, the government said a cyber attack that hit the defence ministry was the worst of its kind that the country had seen. It pointed the finger towards Russia, which denied involvement.

The Russian defence ministry said its forces were pulling back after exercises in southern and western military districts near Ukraine – part of a huge build-up that was accompanied by demands for sweeping security guarantees from the West.

It published video that it said showed tanks, infantry fighting vehicles and self-propelled artillery units leaving the Crimean peninsula, which Moscow seized from Ukraine in 2014.

But U.S. Secretary of State Antony Blinken said key Russian units were moving towards the border, not away.

A senior Western intelligence official said the risk of Russian aggression against Ukraine would remain high for the rest of February and Russia could still attack Ukraine “with essentially no, or little-to-no, warning”.

NATO Secretary-General Jens Stoltenberg said moving troops and tanks back and forth did not amount to proof of a pullout.

“We have not seen any withdrawal of Russian forces. And of course, that contradicts the message of diplomatic efforts,” Stoltenberg said before a meeting of the alliance in Brussels. “What we see is that they have increased the number of troops and more troops are on their way. So, so far, no de-escalation.”

Stoltenberg later said NATO could prove Russia’s failure to pull back its troops with satellite images.

Ukraine’s Defence Minister Oleksii Reznikov told Reuters in an interview his country’s latest intelligence report similarly showed no sign of a Russian pullback. He said the combined strength of Russian military and pro-Russian separatist forces near Ukraine’s borders stood at about 140,000.

The Kremlin said NATO’s assessment was wrong. Moscow’s ambassador to Ireland said forces in western Russia would be back to their normal positions within three to four weeks.

World stocks edged lower on Wednesday while oil and gold rose as investors nervously responded to a lack of tangible evidence of Ukraine tensions being lowered.

Russia says it never planned to attack Ukraine but wants to lay down “red lines” to prevent its neighbour from joining NATO, which it sees as a threat to its own security.

The Kremlin said Putin was keen to negotiate with the United States, which has offered discussions on arms control and confidence-building measures while ruling out a veto on future NATO membership for Ukraine.

But Russia also said it would be ready to re-route energy exports to other markets if it was hit by sanctions, which Washington and its allies have threatened if it invades Ukraine.

Finance Minister Anton Siluanov said sanctions against Russian banks would be “unpleasant” but the state would ensure all deposits with banks and transactions were secured.

Russia has accused the United States of hysterical war propaganda after repeated warnings of a possible attack and reports in some Western media that it would happen on Wednesday.

Military analysts say a significant pullback would involve field hospitals and fuel stores being dismantled and units from Russia’s far east, which are taking part in exercises in Belarus this week, returning to bases thousands of miles away.

Russia security specialist Mark Galeotti said the absence of an attack did not mean that “Putin blinked”.

“Putin could have invaded yesterday, he can still do so tomorrow,” he wrote on Twitter.

Ukrainian President Volodymyr Zelenskiy designated Wednesday a patriotic holiday in response to the reports Russia could invade on that day. “No one can love our home as we can. And only we, together, can protect our home,” he said. read more

The defence ministry said hackers were still bombarding its website and had found vulnerabilities but that traffic was being rerouted to servers in the United States while the issue was being fixed.

A senior Ukrainian security official said the only country interested in such cyber attacks was Russia. The Kremlin denied Russia was involved but said it was not surprised Ukraine would blame Moscow.

Kremlin spokesman Dmitry Peskov said Putin had “taken note” of a request from Russia’s parliament on Tuesday for him to recognise the “independence” of two breakaway regions in eastern Ukraine where Russian-backed separatists have been fighting Ukrainian government forces since 2014.

But he said that would not be line with agreements aimed at ending the conflict, in which Ukraine says some 15,000 people have been killed, indicating Putin would not rush to recognise the separatist areas but might keep the option in reserve.

Blinken said such a step would undermine Ukraine’s sovereignty, violate international law and “necessitate a swift and firm response from the United States in full coordination with our Allies and partners”.