U.S. and China unveil emissions deal in bid to save UN climate talks

The Times of Earth, International Edition
0
225 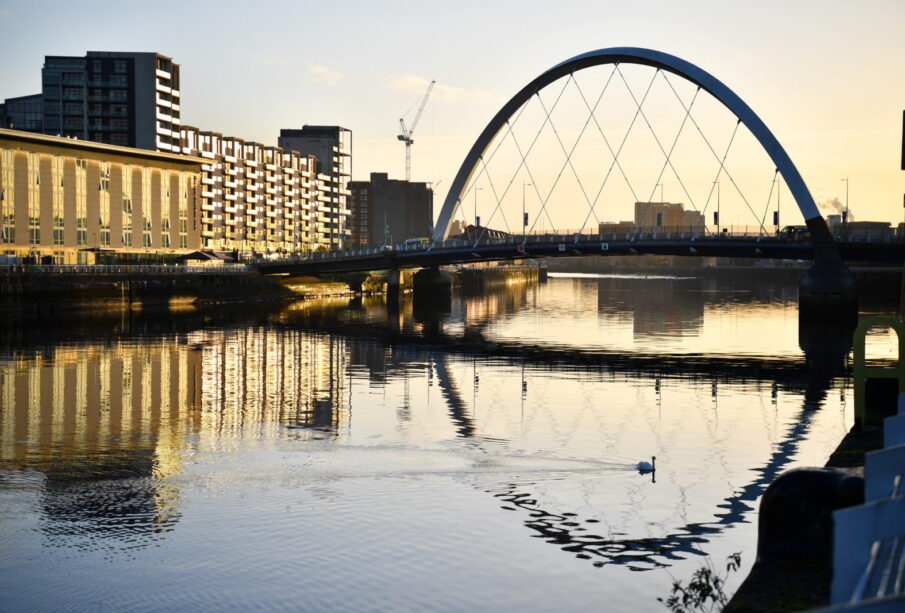 A swan floats as the early morning sun shines on the River Clyde and the venue for the UN Climate Change Conference (COP26) in Glasgow, Scotland Britain, November 10, 2021. REUTERS/Dylan Martinez

The United States and China, the world’s two largest emitters of carbon dioxide, unveiled a deal to ramp up cooperation tackling climate change, including by cutting methane emissions, phasing out coal consumption and protecting forests.

U.S. climate envoy John Kerry and his Chinese counterpart Xie Zhenhua announced the framework agreement at the U.N. climate conference in Scotland. Both billed it as way to tip the summit toward success.

Earlier, the head of the United Nations conference noted that climate commitments so far in the talks would do too little to tame global warming and urged countries to “get to work” over the remaining two days.

“Together we set out our support for a successful COP26, including certain elements which will promote ambition,” Kerry told a news conference about the deal between Washington and Beijing. “Every step matters right now and we have a long journey ahead of us.”

Speaking through an interpreter, Xie told reporters the deal would see China strengthen its emissions-cutting targets. “Both sides will work jointly and with other parties to ensure a successful COP26 and to facilitate an outcome that is both ambitious and balanced,” Xie said.

The joint declaration said China would begin phasing out its coal consumption during the five years from 2026-30 and would cut emissions of the powerful greenhouse gas methane.

Until the announcement, observers at the climate talks had worried that Chinese President Xi Jinping was not attending in person and Beijing had made no substantial new pledges beyond its previous target to achieve carbon neutrality before 2060. China’s climate plan also had not addressed its large methane emissions, linked largely to its sprawling coal industry.

Securing the deal has a political victory for U.S. President Joe Biden, who sought to restore Washington’s leadership on climate after former President Donald Trump withdrew from a global pact to combat it.

To land the agreement, Washington sidelined some disputes with Beijing, including humanitarian issues like treatment of China’s ethnic Uighurs.

“We’re honest about the differences. We certainly know what they are and we’ve articulated them,” Kerry told reporters. “But that’s not my lane here. My job is to be the climate guy and stay focused on trying to move the climate agenda forward.”

“It’s really encouraging to see that those countries that were at odds in so many areas have found common ground on what is the biggest challenge humanity faces today,” he said. “And it certainly helps us here at COP to come to an agreement.”

Durwood Zaelke, president of the Institute for Governance and Sustainable Development, agreed.

“The U.S.-China agreement is the breakthrough that should set the tone for wrapping an ambitious COP,” he said.

A first draft of the COP26 deal, released earlier in the day, had received a mixed response from climate activists and experts. The draft implicitly acknowledged that current pledges were insufficient to avert climate catastrophe, asking countries to “revisit and strengthen” by the end of next year their targets to reduce greenhouse gas emissions up to 2030.

The next two days of negotiations were still likely to be fierce. The goal is to keep alive hopes of capping global temperatures at 1.5 decrees Celsius (2.7 Fahrenheit) above pre-industrial levels, which remained far out of reach given current pledges to cut emissions.

That aspirational target was set at the landmark 2015 Paris accord. Since then, scientific evidence has grown that crossing the 1.5C threshold would unleash significantly worse sea level rises, floods, droughts, wildfires and storms than those already occurring, with irreversible consequences.

On Tuesday, the Climate Action Tracker research group said all national pledges submitted so far to cut greenhouse gases by 2030 would, if fulfilled, allow the Earth’s temperature to rise 2.4C by 2100.

Greenpeace dismissed the draft as an inadequate response to the climate crisis, calling it “a polite request that countries maybe, possibly, do more next year”.

Some developed countries pointed the finger at major polluters such as China, India and Russia. Most poorer nations accused the rich world of failing to keep promises of financial help for them to deal with the ravages of climate change.

As delegations locked horns over wording of the final statement, another Glasgow pledge saw a group of countries, companies and cities committing to phase out fossil-fuel vehicles by 2040.

On Wednesday, the conference also secured agreements from countries and companies to slash emissions from the transport sector, which accounts for nearly a quarter of global human-caused greenhouse gas emissions.

The final text from the COP26 meeting will not be legally binding, but will carry the political weight of the nearly 200 countries that signed the Paris Agreement.

At the moment, the draft dodges poorer countries’ demands for assurances that rich nations provide far more money to help them curb their emissions and cope with consequences of rising temperatures.

It “urges” developed countries to “urgently scale up” aid to help poorer ones adapt to climate change, and calls for more funding through grants rather than loans, which burden poor nations with more debt.

But it does not include a new plan for delivering that money, and climate-vulnerable island states said they would push in final negotiations for clearer commitments.

“The level of ambition required to keep 1.5 within reach is not reflected yet in the finance texts,” Sonam Phuntsho Wangdi, who chairs the least developed countries group, told the conference.

Poor countries are seeking tougher rules for future funding, after rich nations failed to meet a 2009 pledge to provide $100 billion a year in climate finance by 2020, and now expect to deliver it three years late.