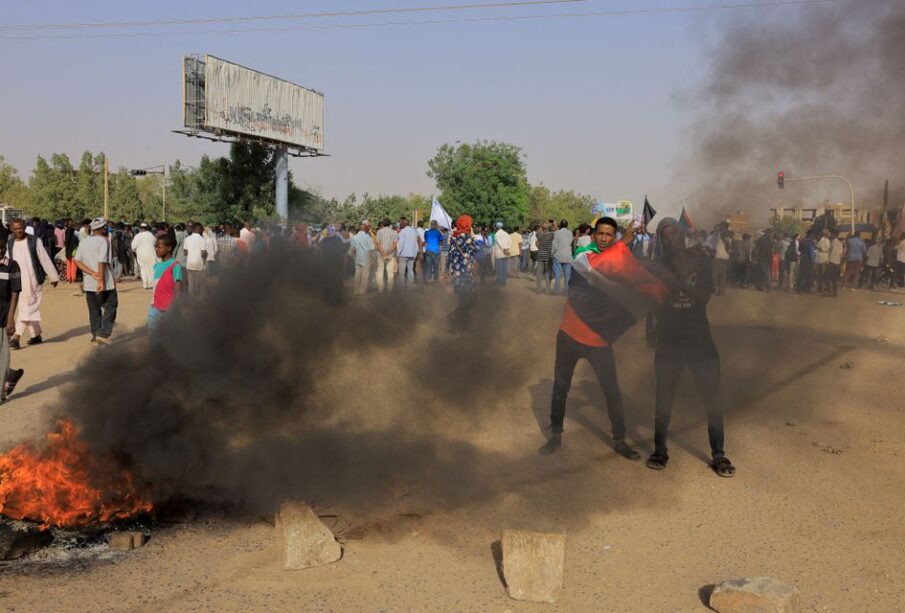 At least two protesters were shot dead as security forces confronted crowds marching in Sudan on Monday demanding the release of prisoners and an end to military rule, medics and a Reuters reporter said.

Thousands returned to the streets in the capital Khartoum and across Sudan in some of the biggest demonstrations against October’s coup in nearly a month.

Across the River Nile from Khartoum, officers fired teargas to try to disperse people who approached the disused parliament buildings in Omdurman and got close to a key bridge.

Columns of smoke rose into the sky as demonstrators blocked one of the main streets in Omdurman with stones. Some held giant pictures of protesters killed during previous rallies.

“We won’t let the martyrs’ killers seize our country. We won’t let the military and the (former regime) return again. We are a free and democratic generation,” said Sara Ahmed, a 19-year-old student.

At least 80 people have been killed by security forces since the coup, according to medics.

The military and police say they allow peaceful protests, that members of the security forces have had to defend themselves and that casualties are being investigated.

In Khartoum, separate groups of protesters demonstrated about 2 km from the presidential palace amid heavy security, witnesses said.

One protester was killed by scattered gunshots in Khartoum, said the Central Committee of Sudanese Doctors, a group aligned with the protest movement. It said the second protester was shot dead in Omdurman. There was no immediate comment from the military leadership.

The Sudanese police meanwhile said one protestor was killed, while 102 policemen were severely injured, according to the police’s media office on Facebook.

The police did not explain how the protestor died, but said the demonstrations went awry with protesters encroaching on important strategic buildings and institutions, smashing glass windows and buildings’ fronts. “Nevertheless, the police acted with reasonable legal force,” they added.

Pictures of rallies in other towns and cities across Sudan were posted on social media.

In recent days security forces have arrested three high-profile civilian figures connected to a task force that was working to dismantle the rule of former President Omar al-Bashir, who was toppled in an uprising in 2019.

“Freedom for the detainees,” read a banner unfurled in Omdurman.

An activist lawyers group said last week that more than 100 political detainees were being held without charge.

The council has repeatedly affirmed the need for national dialogue, a technocrat cabinet and adjustments to a transitional government document negotiated after the ousting of Bashir.

Russia says it will keep talking for now as Ukraine hints at ...