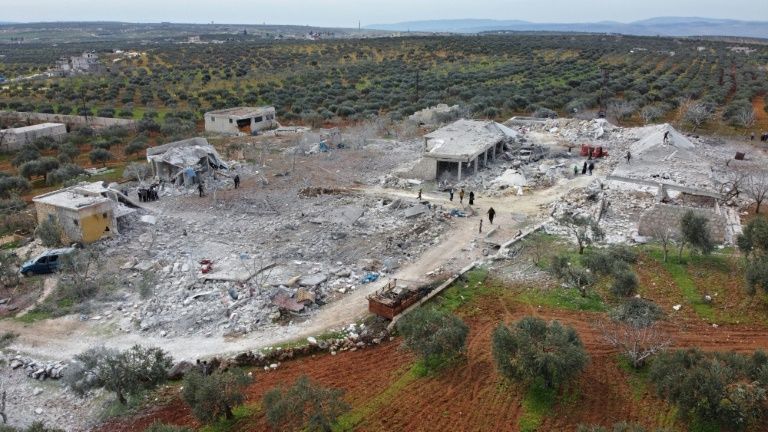 Turkey’s President Recep Tayyip Erdogan vowed Wednesday that his military would launch its harshest retaliation yet if the Syrian government breaks a fragile truce in Idlib province brokered last week.

The cease-fire arranged by Turkey and Russia — which support opposing sides in the conflict — halted a three-month air and ground campaign by the Syrian government against the rebel-held province. That offensive killed hundreds and sent 1 million people fleeing toward the Turkish border.

The Russian-backed Syrian government offensive made significant gains in Syria’s last rebel stronghold, and Turkey sent thousands of troops across the border to reinforce the rebels, leading to rare direct fighting between Syrian and Turkish troops.

“If those across from us don’t keep their promise, we will never shy away from advancing on them in a much more serious way than before,” Erdogan said in his weekly address to his ruling party’s legislators.-

Erdogan said there had been a number of small violations of the truce, which Turkey was monitoring carefully.

He said Turkey’s priority would be the security of its troops manning a dozen observation posts inside Idlib. Some of those posts now fall within Syrian government-controlled territory. The posts are in place as part of a previous cease-fire agreement reached in 2018.

“The security of our observation posts is at the top of our priorities. In the event of the smallest attack there, we not only will retaliate, we will reciprocate more heavily,” Erdogan said.

Erdogan added that Turkey was engaged in efforts to turn the cease-fire into a more lasting truce.

“We fought the necessary fight, and as a result signed a temporary ceasefire in Moscow. Now the issue is to transform this temporary cease-fire into a permanent one and we are swiftly pursuing that,” he said.

Turkish Defense Minister Hulusi Akar told reporters that talks with a Russian delegation about the technicalities of the truce were progressing in a “positive and constructive” manner. The delegation arrived Tuesday.

The current deal sets up a security corridor along Syria’s M4 highway, running east-west in Idlib. Russian and Turkish troops are scheduled to begin joint patrols along the M4 on March 15.

Work is underway to reopen the M4, which has been closed since 2012. with workers removing barriers from the road that links Syria’s coastal region with the northern city of Aleppo, the country’s largest, according to opposition activists and state media.

State news agency SANA said municipal workers in the coastal province of Latakia have cleared about 40 kilometers (25 miles) of the highway and have only a small section to finish.

Opposition activist Akaram al-Ahmad said insurgents’ checkpoints were removed from the highway in Idlib in apparent preparation for reopening the highway.

The cease-fire deal also appeared to achieve Moscow’s key goal of allowing the Syrian government to keep hold of the strategic north-south highway known as the M5. Syrian forces had captured its last segments in the latest offensive, which began in early December.